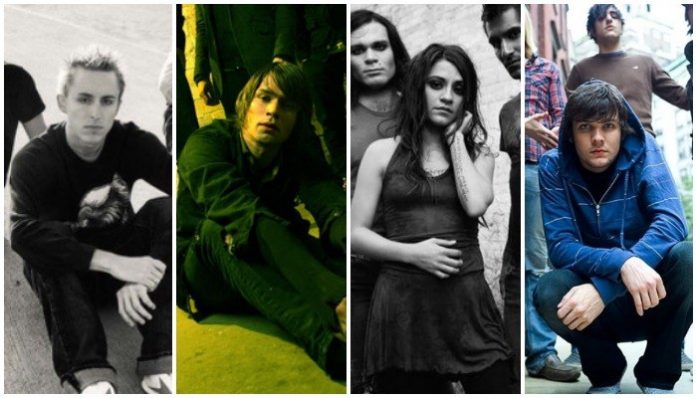 Flashback to 2006. Boys Like Girls just dropped their debut album (feel old?). You’re copying and pasting lyrics from a shady website into every song in your iTunes catalog. Most of them are wrong.

We’ve come a long way since the widespread use of smartphones took hold. Now, if we’re lucky, Spotify will do the dirty work for us, populating lyrics in the blink of an eye. But that’s not to say your days of pouring over CD booklets have gone to waste. After all, who wants to glance periodically at their phones when they’re singing along to their favorite songs?

How well do you have your 2006 lyrics down? Take the quiz below to test your memory!

Alternative music really took on a new form in the 2000s. The previous decade had set the stage, so to speak, giving rise to foundational genres such as emo and grunge. The ’90s also brought the radio success of alternative-rock artists such as Nirvana and Weezer, who heavily influenced the progression of the scene in the years that followed.

The primary backbone of the 2000s alternative wave was grounded in the mainstream transcendence of pop punk. Bands such as Fall Out Boy, New Found Glory and Paramore captivated listeners with their fusion of punk energy and catchy, pop-leaning melodies. From there, widespread experimentalism flourished.

The scene soon became characterized by a number of different niches. Stylistic elements from emo music were commonly incorporated into the music of the time, so much so that it became an identity for bands and fans alike. Artists also pulled from more hardcore, metal and electronic influences to create distinct sounds that would come to characterize the era.

Despite the widespread cultural movement that accompanied the progression of the scene, its mainstream predominance was short-lived. Still, it presents a popular point of nostalgia for fans as well as a foundation for next-gen artists to expand on.

Recently, there’s been a bit of a resurgence of the era’s styles as mainstream artists pay homage to their roots. Machine Gun Kelly presents a notable example with the release of his pop-punk album, Tickets To My Downfall. The record includes collaborations with other big-name artists, including Halsey, Trippie Redd, blackbear, iann dior, YUNGBLUD and the Used.

How well were you able to remember these 2006 song lyrics? Let us know in the comments below!