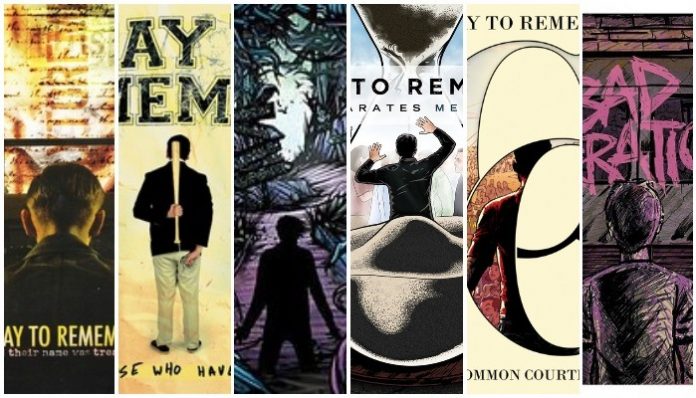 A Day To Remember have continued to show why they’re easycore favorites with one killer record after another. From Homesick to Common Courtesy, we just can’t pick our favorite output from the Florida band.

In celebration of their album For Those Who Have Heart turning 13 this week, as well as in anticipation for You’re Welcome, let’s put your ADTR knowledge to the test. Take the lyrics quiz below to see how well you know the difference between ADTR’s albums so far.

More on A Day To Remember

A Day To Remember have kept fans waiting for over three years following their last full-length record, 2016’s Bad Vibrations. Fans thought the wait was finally over in November when their seventh album, You’re Welcome, was set to release.

On Nov. 8, just one week before You’re Welcome was supposed to drop, the band took to Instagram to announce in a handwritten note that they would have to delay the release of their highly anticipated new album. You can check out the note below.

A couple months back we announced we’d be releasing our album Nov 15th. It’s taken a little longer than expected and we just aren’t done with it yet. So we are moving this to early 2020. Rest assured there’s a lot of new music coming out very soon and we can’t wait to share it with you. Thanks for supporting us all these years and see you out there on The Degenerates Tour!

An update on ‘You’re Welcome’.

With “Degenerates” and “Resentment” out in the world, You’re Welcome is now slated to be released in early 2020. Luckily, that’s not too much longer of a wait. In an interview with WSOU, guitarist Kevin Skaff discussed some of the themes of the upcoming album, including why it’s the happiest record the band has written.

“I think just getting older and just being comfortable with ourselves,” he says. “Our lawsuit [with Victory Records is] over. I think we’re all just in a good clear headspace. Everyone’s married, except me. If I was writing the songs, it would have been a lot more depressing.”

He goes on to state the reasoning for the album delay, saying they want every aspect of the LP to be just right.

“It got pushed back because the art for the record isn’t done yet,” Skaff says. “We still can’t find a good cover for the record. I know it doesn’t really matter nowadays, with streaming and everything, but we just want everything to be perfect before it comes out.”

“And there are still a couple of songs that are still getting mixed that we just need to find the right mixer. It’s only getting pushed back -what?- two, two and a half months, so it’s not too bad. It’s not like a Kanye [West] thing where it’s never gonna come out.”

Fans are sure to be treated right with A Day To Remember’s new album, though. Frontman Jeremy McKinnon speaks very highly of it, and the delay is sure to help them get it perfect. McKinnon says it’s “happiest record that we’ve ever written.”

“The mood in the camp is positive,” he told NME. “I think that shows in the songs, too. It kind of feels like the happiest record that we’ve written in a minute—or ever. It’s definitely the happiest record we wrote to date. That’s definitely exciting for me. The name of the game this time was collaboration. You know, getting in a room together, getting in a room with people who inspire us, seeing what comes out.”