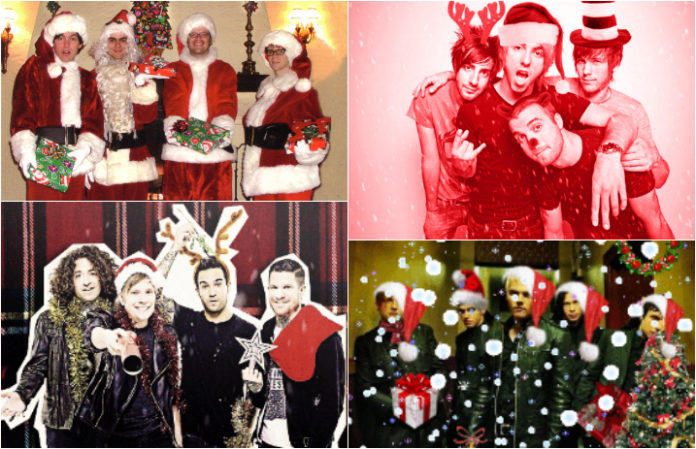 Ahh, it’s that time of year again. If you haven’t started blasting the Christmas songs already today, then we have you covered.

We put together a quiz to help you nail down your Christmas jam, so grab yourself a mug of cocoa and be prepared to dance (or mosh) around the tree in no time!

blink-182 dropped a new Christmas track “Not Another Christmas Song,” highlighting the downsides of the holiday season and causing a raucous on the North Pole.

This isn’t the first time they’ve made a festive track. In 2001, the band released “I Won’t Be Home for Christmas,” as a single which was later re-released on the 2003 comp A Santa Cause: It’s a Punk Rock Christmas.

Last year, Travis Barker teased a different Christmas song and while fans speculated it was a blink track, it turned out to be for The Goldfinger Christmas EP.

In November, during an interview with Hannah Stocking, Barker and his daughter Alabama were playing a friendly game of Jenga when he was asked the question “What artists are you listening to right now?”

Just ahead of its release, Barker posted a snapshot of a claymation clip including some festive sounding instrumentals which we now know are the opening riffs for the new track.

Now, the track is finally here! The band announced the debut of the track on Twitter with the name and picture of the song’s cover.
Is it just us, or does it look like their logo is dripping blood?

The lyrics for the track highlight the thoughts of someone who is tired of Christmas and just wants the holidays to be over with.

The accompanying music video is a claymation of the band performing the song for elves in the North Pole. It’s not too long before the night makes a sour turn.

Check out the video “Not Another Christmas Song” below. The track is available to stream here.