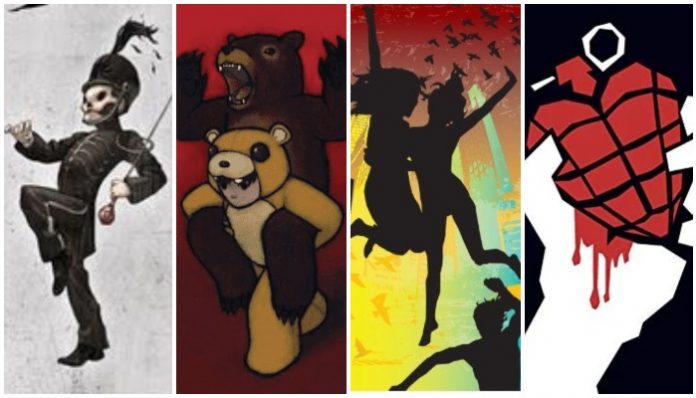 Whether you’re a big fan of Weezer’s self-titled debut record from the ’90s or only listen to the most recent Paramore album, After Laughter, it’s fair to say everyone has an opinion on the very best records from the scene’s biggest artists. Every emo and pop-punk album is a work of art in and of itself, so every opinion is valid here.

Do you think your opinion matches other fans, or do you stand out with your preferred album? Take the quiz on pop-punk and emo albums below to find out!

It’s hard to believe it’s been a year since My Chemical Romance reunited onstage in Los Angeles. Even though 2020 was a year no one expected, MCR are reflecting back on their iconic return in celebration of the show’s first anniversary.

Read more: This new Why Don’t We song may sound familiar to Smashing Pumpkins fans

December 2019 marked the first time My Chemical Romance hit the stage together since 2012. Opening up their memorable set with “I’m Not Okay (I Promise),” the show, which sold out in basically a blink of an eye, was an unforgettable moment in the MCR fandom. As well, it kick-started the return fans had been waiting seven years for.

However, 2020 clearly brought some unforeseen obstacles to My Chemical Romance’s return plans. After their tour sold out in minutes, MCR were soon forced to postpone their shows due to the coronavirus pandemic.

Even though both fans and the band have to wait until 2021 to finally be reunited worldwide, My Chemical Romance still celebrated the first anniversary of their return show.

Iero goes on to say that the 2019 return show also marks the last time he performed in front of a live audience. Despite the change in plans this year, Iero is grateful for the various livestreams and covers he’s been able to take part in in 2020.

Read more: Here’s why Miley Cyrus thinks Cher calling her out was a good thing

“1 year ago today was the last ‘show’ i played in front of a live audience, and the first show mychem had played in a little over 7 years. throughout 2020 I have been incredibly fortunate to be able to play a few live streams and collaborate remotely with some ridiculously talented individuals… but as much fun as that has been, I really can’t wait for it to be safe enough to be able to play real shows again. take care of one another. wear a mask, stay safe, and keep the faith.”