Bring Me The Horizon’s cinematic videos shouldn’t fade easily from memory, so we’re putting you to the ultimate test. Can you guess the music video from a single screenshot? Try it out below, and remember: You can always study up and try again!

Read more: Can you guess the All Time Low music video from a single screenshot?

More on Bring Me The Horizon

Earlier this year, BMTH caught up with BBC Radio 1 Rock Show host Daniel P. Carter and talked more about their time and successes in the US—and more about what their new album will sound like.

When explaining the sound, he explains that they’ll channel their roots in different ways with their new music.

And he explains that they know there are people who want them to return to their heavier roots, but they aren’t focused on “genre.” They just want to write something good.

“I understand there’s probably a load of people who want us to be super heavy, and a load of people who only like the last album, who don’t like the heavier stuff,” Fish says. “That’s just the nature of a band that’s changed styles so much across the course of their career. For us, I just want to write something good. Where it sits genre-wise is something someone else can worry about.” Listen to the in-depth interview in full here. 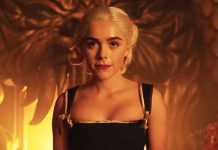 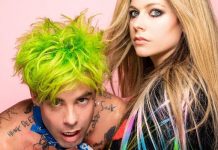 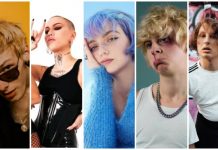