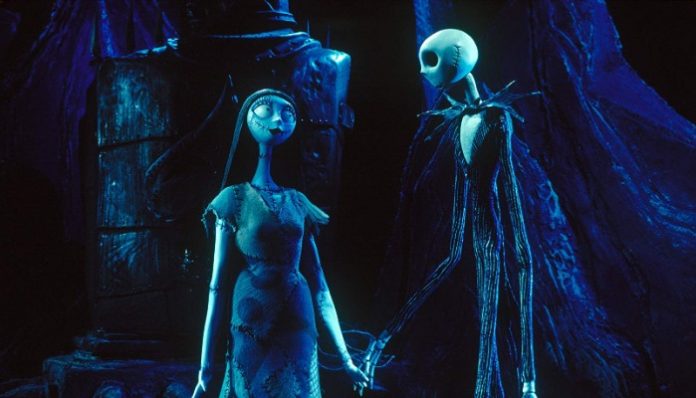 With Valentine’s Day right around the corner, many couples are getting mushy and recalling their first time meeting, favorite dates and what they hope to achieve for their romantic future. Single people, it’s OK to try again next year!

As love is floating in the air, it’s the perfect time to revisit some of our favorite fictional emo couples and see which lovers you and your S.O. are most similar to. Check out the romantic quiz below.

Read more: QUIZ: Do you remember the names of the bands in these movies and TV shows?

The Nightmare Before Christmas still remains one of Tim Burton and Henry Selick‘s most iconic films to date. However, screenwriter Caroline Thompson has revealed that the director and writer were once confronted over the problematic nature of one particular character.

Thompson recently opened up to Insider about the insensitive and truly problematic nature surrounding the infamous Oogie Boogie.

Since Halloween has passed and Christmas is right around the corner, The Nightmare Before Christmas is likely streaming in many households worldwide. However, Thompson’s latest revelations about Oogie Boogie may cause you to never look at the character the same.

“First of all, he looks like a Ku Klux Klansman,” Thompson says. “Secondly, ‘Oogie Boogie’ is an old Southern derogatory phrase for an African-American, and I’m from Maryland, which is just on the cusp of the South, so I’m hyperaware of that and sensitive to it.”

Thompson admits that she “flipped out about” the character and even confronted Selick and Burton about it. However, Burton allegedly turned the other cheek on the matter.

“I went to Tim. I went to Henry [Selick], and I said we got to change this,” Thompson says. “Tim Burton said, ‘Oh, stop it, you’re being oversensitive.’”

Even though it’s been 27 years since the Nightmare Before Christmas made its debut, Thompson is still embarrassed about the whole ordeal.

“I’m still really embarrassed by it. It’s all kind of ergh, and I thought it was incredibly insensitive,” she says.

Back in October, Thompson further opened up about the troubling Oogie Boogie character. She told the Script Adapt podcast that it was wrong for Ken Page, a Black actor, to voice the character.

“I think it’s a fun segment of the story as it was executed, but it’s a troubling one,” Thompson says.

Despite all of this, Selick actually defended Oogie Boogie back in 2013. During an interview with The Daily Beast, the Nightmare Before Christmas director said that it “didn’t occur to” him that hiring Page to do the character’s voice would be considered racist.

“Ken Page, the Broadway star who happens to be Black, was hired to do the voice, and after seeing some of the old Betty Boop cartoons where they’d use Cab Calloway to voice it, I just thought it was more of a New Orleans thing,” Selick says. “It didn’t occur to me that it was racist. People are desperate to look for things to attack.”

Despite the controversy surrounding Oogie Boogie, The Nightmare Before Christmas was still widely celebrated during Halloween 2020. Along with various merch and makeup launches, interactive experiences also took place, as many Halloween traditions were canceled amid the coronavirus pandemic.