This is a public service announcement: If Green Day’s epic ¡Uno!, ¡Dos! and ¡Tre! trilogy counts as one really, really long album, then the classic band have eleven diverse albums in their esteemed 30-plus-year catalog. Eleven. That’s 170 songs total—and 100 more than most of your favorite bands.

Because there’s truly something in every genre of rock for every human across these LPs, we’d like to know which era of Green Day describes you as a person. Are you an old-school music fan like Kerplunk!, resurrected brilliance like American Idiot, a modern entity like Father Of All… or something else entirely?

Read more: Someone quoted blink-182 lyrics on Bumble, and it didn’t go well

There are 11 options, and this is only a test. Fire, ready, aim!

Despite COVID-19 delaying Green Day’s monster global stadium Hella Mega tour with pop-punkers Fall Out Boy, pop-rockers Weezer and ska-punk superstars the Interrupters, and putting a damper on the release rollout for February’s full-length release of Father Of All…, the band aren’t sitting idly by in any fashion during quarantine.

Since the lockdown started in March of this year, vocalist/guitarist Billie Joe Armstrong has been releasing full-band covers of classic songs by the Clash, the Bangles, John Lennon and many more to streaming platforms as a No Fun Mondays quarantine series. A solo BJA LP physical release with 14 tracks will be in stores the day after Thanksgiving, on Black Friday, Nov. 27 via Reprise/Warner Records.

The band also plan to record brand-new original material together for a follow-up release once they deem it safe to do so. Despite everything awful and catastrophic that is going on in the world today, we have so much to be thankful for this year. You can preorder the LP in all forms here. That’s rock ’n’ roll. 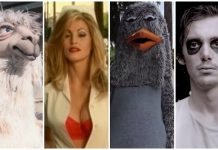 QUIZ: Can you match the character to the right album? 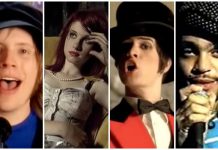 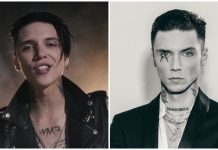 QUIZ: Is this a Black Veil Brides or Andy Black solo lyric?