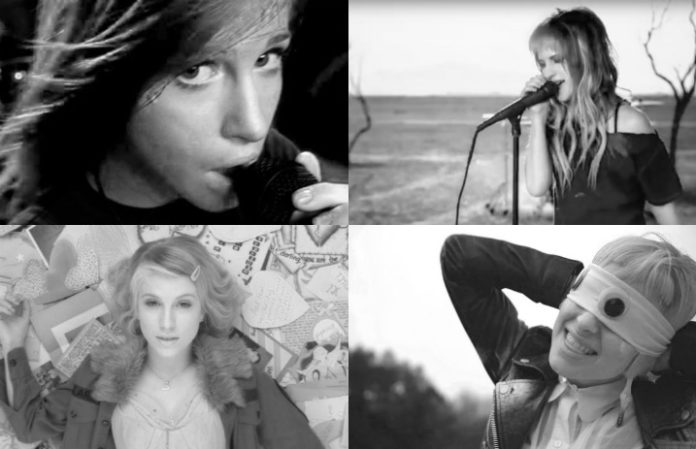 The many hair colors Hayley Williams has sported over the years are almost as iconic as the Paramore videos they’re associated with. In celebration of the vocalist teasing some new music in 2020, we’re taking a look back at some of those iconic looks.

Think you remember every Hayley hair era? Take this quiz to find out!

happy holidays and stuff from the kids who stuck together. from post-school carpools to and from band practice… to traveling the world to play our songs. even to flying across the country to support each other in our own respective adventures. we’ve known each other through every phase of life thus far… still so much more to go! 6 months from now all 3 of us will be in our 30’s. not sure how that happened. we should also say thanks to you, while we’re here, for carrying the torch for the band and believing in all the ways we’ve found to create. we love us and we love you too. . photo by our manager of 15 years: dad mercado

A few weeks later, while celebrating her 31st birthday, vocalist Hayley Williams revealed she has some new music arriving next year, but it won’t be with Paramore.

The musician posted a message thanking people for the birthday wishes and dropped the news that she has some new music that she is “going to call my own.”

Williams posted a note on her Twitter account showing some details about the new music. She also says fans will see something new in January.