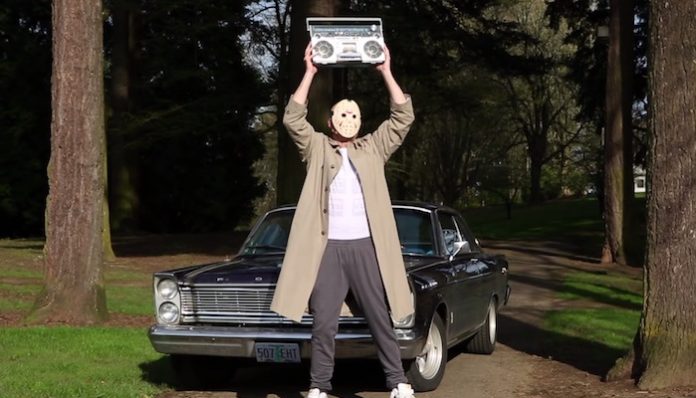 Horror movies have had a massive influence on alternative culture for decades. The Ramones paid homage to Pet Sematary, whereas the Misfits represented, well, everything horror. Naturally, some of our favorite bands show their love for slasher flicks in their music videos.

How well do you think you know these artists and the films they’re referencing? Take a stab at it below.

After it was brought to light that we’re getting a new installment of the Scream series, fan theories have been going around as to what could happen in the new film.

One such theory bouncing around says Randy Meeks, played by Jamie Kennedy in the first three Scream movies, could have faked his death, and the actor is getting behind this.

They are making a new Scream. I think this is an interesting angle. And I believe I know why he did it. Who’s on board https://t.co/v4DmWwtKZs

It’s definitely an interesting theory given Meeks met his demise in the second film and only made a cameo in the third, which seemed to seal his fate. If the films continue the story laid out in the series so far, a plot like this could change the way the first four movies are viewed now.

Wes Craven directed all four Scream films prior to his 2015 passing, also producing the second and fourth installments. Kevin Williamson (I Know What You Did Last Summer, Halloween H20: 20 Years Later) penned all but Scream 3. The screenwriter produced instead, and Ehren Kruger (The Ring, Transformers: Revenge Of The Fallen) wrote the script.

There aren’t many details at the moment, but Bloody Disgusting says Williamson hasn’t signed on to write the fifth film as of now. Deadline also confirmed the movie is going ahead, noting it’s unclear whether this will be a prequel, reboot or sequel.

How well did you know which horror movies influenced those videos? Tell us how you did below!