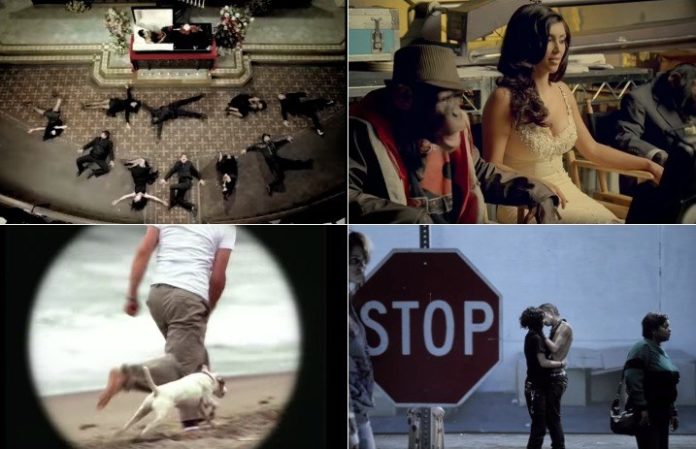 Some music videos stick with us for a lifetime, whether it be a blink-182 video that shocked you or a Panic! At The Disco video that you watched on repeat. There are many small nuances in those videos that, after watching so many times, are easily recognizable to some people.

Read more: 10 reasons you shouldn’t get that band’s logo tattooed on you

Test your knowledge with this quiz to see if you can recognize a music video from a single, obscure screenshot.

Panic! At The Disco recently released an unforgettable music video for their song “Say Amen (Saturday Night),” and it doesn’t look like Brendon Urie is letting that amazing performance in the video go to waste when doing live performances.

Urie will be on the Ellen DeGeneres Show later today, and in preparation for the show to air, Ellen’s Youtube page shared Urie’s epic live performance of “Say Amen (Saturday Night).”

The best part about this re-enactment?

This time we get to see Urie actually perform the stunts live, and we’d be lying if we said we didn’t think it was unbelievably cool to see Urie flipping somone over his shoulder and onto a table – which, side note, while that probably wasn’t the most pleasant thing to happen, who wouldn’t want to get flipped over Brendon Urie’s shoulder and onto a table?! Watch the video here!

Panic! At The Disco had been keeping Sinners at the edge of their seat, and they’ve finally announced their new album, Pray For The Wicked, due out June 22. It’s currently available for preorder here.