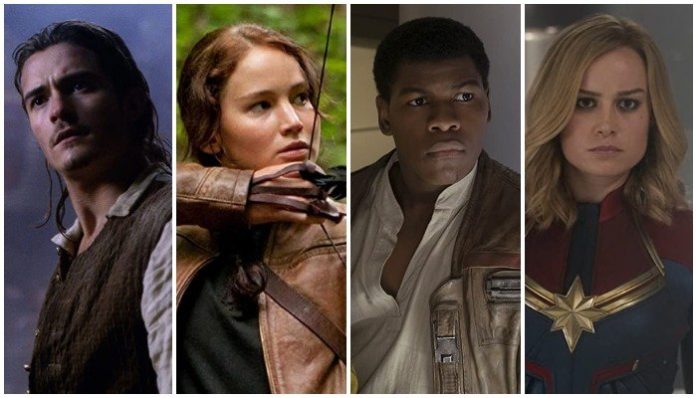 Whether you’re social distancing due to coronavirus or just trying to have the perfect lazy weekend, watching a whole series of movies is the perfect way to go.

You’ve probably cycled through the Harry Potter movies as well as Netflix’s Tiger King, so we’re here to help you find your next long-term source of entertainment.

Tell us a little bit about your music taste and concert habits and we’ll tell you which movie franchise you should watch in its entirety.

The first film revealed that Peter Quill (aka Star-Lord) grew up with a single mother named Meredith. After she tragically passed away, audiences witnessed Peter, played by Chris Pratt, rocking out to mixtapes gifted by his late mother.

Now, Meredith Quill is the inspiration for Gunn’s latest playlist. The playlist features various songs Gunn believes she would have loved. Gunn took to Instagram to talk in depth about the playlist’s inspiration.

“Today I added Meredith Quill’s Complete Awesome Mix to my Spotify account for you to enjoy,” he shared on social media. “This is part of the list of songs Meredith Quill loved that I chose the songs for the Guardians Of The Galaxy Vol’s 1 and 2 soundtracks from.”

Read more: Here’s where you can watch every Marvel movie in the perfect order

Meredith Quill’s Complete Awesome Mix features artists such as Patti Smith, David Bowie, Blondie, Queen and more. Many listeners will be familiar with some of the songs, such as “Heart Of Glass,” “Somebody To Love” and more.

For The Suicide Squad director, Gunn wanted to create a playlist full of joyous songs for everyone to appreciate. He ended his Instagram post about the playlist with the following:

“Whatever the case, I never intended on sharing these songs, as I might use them in future movies,” he says. “I think the need for all of us to have some joyousness in these difficult times outweighs all that.” Check out the playlist here.