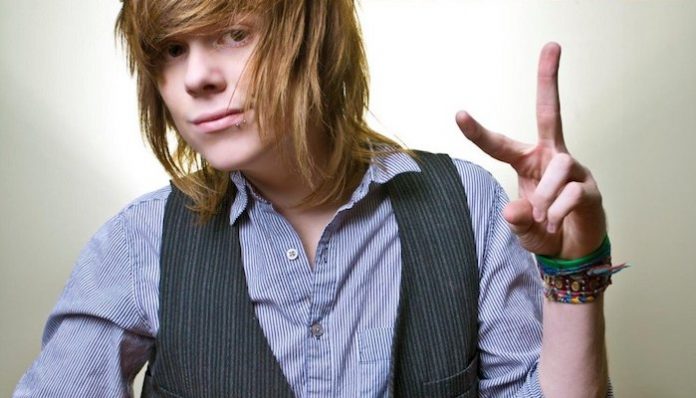 There was a period of time where we just had to hear a few strums of a ukulele, and we immediately started belting all the words to “Trouble” by Never Shout Never.

Now, it’s been about a decade since the height of its popularity, so it might have been a while since you’ve thought about the lyrics.

Because it’s Christofer Drew’s birthday, test your knowledge of the classic song by seeing how many lyrics you remember to “Trouble” below.

It’s been just over a year since Drew announced Never Shout Never were “done,” breaking the news in a concerning Christmas Eve tweet. The cryptic message left fans wondering if the band may have broken up, despite the announcement of more dates in Mexico as part of their Throwback Tour at the time.

At first, a further explanation from Drew or the band was yet to surface. (And the apparent Twitter accounts for the rest of the Never Shout Never trio—drummer Hayden Kaiser and keyboardist Tof Hoglen—didn’t address the issue.)

Two days later, Drew clarified his statement, tweeting, “After the shows in Brazil & Mexico next month NSN will be done. Thank you all. It was truly a magical journey that me and everyone involved will never forget. #NeverShoutNeverRIP”

After the shows in Brazil & Mexico next month NSN will be done. Thank you all. It was truly a magical journey that me and everyone involved will never forget. #NeverShoutNeverRIP

A few days after that final gig, Drew shared it’s “not the end.”

This is not the end…

Fast-forward to April 2019, and Drew pondered an EDM path in a since-deleted Instagram post. The Missouri-based pop-rockers formed back in 2007, first as a solo vehicle for Drew before becoming a complete band. Their debut full-length, What Is Love?, dropped in 2010 and was followed by early efforts such as Harmony (2010) and Indigo (2012). The band’s linchpin Sunflower (2015) was succeeded by 2018’s All For Love and Emerald Sun.