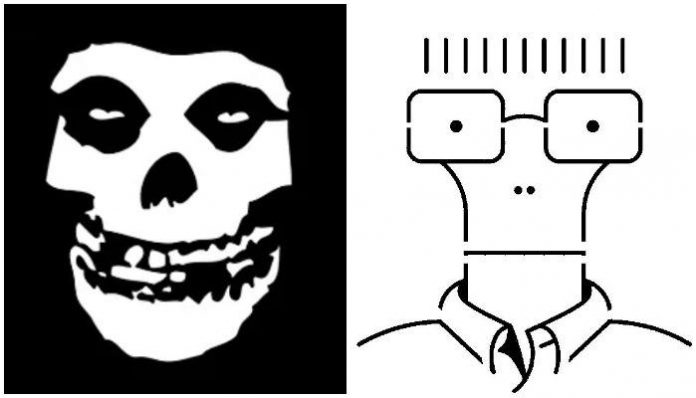 A band’s logo or mascot is something fans can recognize the second they see it, and few genres have created as many iconic logos as punk. From Dead Kennedys‘ circle logo to Misfits‘ Crimson Ghost and more, punk bands have crafted images that will forever be a significant part of our culture.

Take the quiz below to find out which iconic punk mascot you are.

Recently, Anti-Flag dropped a new song called “Christian Nationalist” along with a lyric video. The new single arrives as the band continue to work on the follow-up to their 2017 record, American Fall, and their Live Vol. 2 record that dropped last year.

The new track begins with a brief moment of quiet organ sounds before bursting into huge guitar riffs.

Read more: 10 pet accessories to keep your furry friend as punk as you

It wouldn’t be a new Anti-Flag track without an overt political message. So, they strike out at white neo-fascist supremacists who use their power to control oppressed groups.

As for the lyric video, the band opted for a suiting set of images. They choose both politicians who have taken money from the NRA and that of perpetrators of recent mass shootings. Not leaving any room for unfaithful debate, the band even made a well-sourced list of the politicians featured and their NRA donations, which you can see here.

Vocalist/guitarist Justin Sane gave further insight into the message behind the song in a statement.

“History is full of wealthy and powerful people using religion and cultism to justify policies of oppression and inequality. Invariably, these policies target the most vulnerable in society so that elites can maintain their dominance. Today we see this same strategy employed by right-wing politicians all over the world. Just as the anti-fascists of the 1930s and 1940s rejected the fascist ideologies of their era, we reject the neo-fascists of this era.”

The track appears on their upcoming album, 20/20 Vision, which drops Jan. 17. Preorders are available here now.