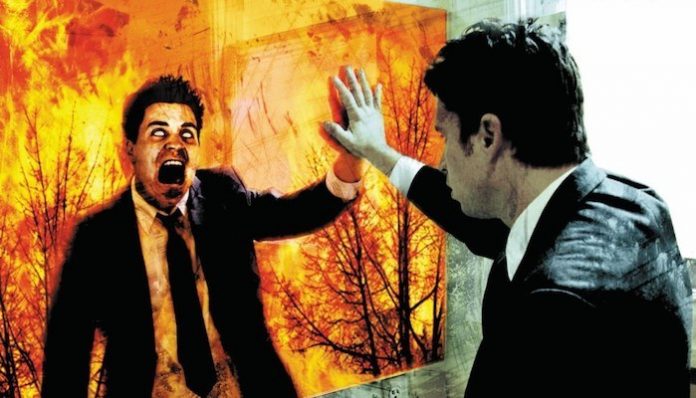 Senses Fail just celebrated 17 years of their debut EP, From The Depths Of Dreams, last month, announcing a reimagining of the EP with a music video last week. The celebrations don’t stop there, however, as the band are also celebrating another huge anniversary for debut full-length Let It Enfold You turning 15.

From “Lady In A Blue Dress” to “Buried A Lie,” can you remember the lyrics to each of these Let It Enfold You tracks? Test yourself below.

As mentioned, Senses Fail announced that From The Depths Of Dreams is back in a re-imagined EP. To top it off, they debuted a re-recording and new music video for the track “Bastard Son.”

“Seventeen years ago we recorded the songs that make up From The Depths of Dreams,” vocalist Buddy Nielsen explained in the announcement. “It was the spark that started a journey that is still unfolding. We never thought that we’d go anyway, we just wanted to make it out of the basement. We were just a couple of teenagers from NJ trying to write songs to make us feel alive and play in the local scene.

Our aspirations were minimal at best but our results were extraordinary. This re-recording is not to replace what was but to add to the legacy of the songs and show them in a modern light. We haven’t played a lot of these songs for our fans and this release gives us the opportunity to highlight an era of Senses Fail that many of our fans didn’t get a chance to see.”

Last year, Senses Fail revealed they would be taking a few choice words out of fan favorites such as “Bastard Son” and potentially “Hand Guns” in their respective forthcoming re-releases.

The band reiterated the change after one fan asked why the lyric was changed from “bitch” to “joke” in the track. “’Cause “bitch” is a 18 year old thing to say and I’m a man who has a daughter,” the band’s account tweeted. “I’m not gonna sing the word “bitch” into a microphone and take myself seriously.”

The reimagined From The Depths Of Dreams EP dropped Sept. 6 and is available here.

The band will be performing both Let It Enfold You and From The Depths Of Dreams in full on back-to-back nights at Chicago’s Riot Fest. You can see a full list of album performances here.

Check out Senses Fail’s full list of upcoming dates below with tickets here.