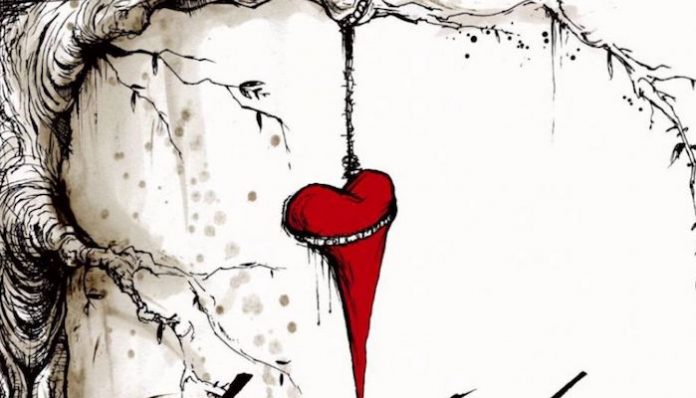 In Love And Death from the Used was hugely influential for any true emo, and it’s still highly regarded in the scene. In celebration of its 15th anniversary today, we’re testing out our reader’s knowledge of the album’s lyrics to help relive the memories.

Do you think you can match the lyrics to the correct track on In Love And Death? Find out below how well you know the Used.

More on the Used

Early this summer, Sleeping With Sirens vocalist Kellin Quinn had his wish granted as he got to perform onstage with the Used.

Quinn initially requested to perform a song with the band via Twitter, sending fans wild.

He posted a screenshot of what he was jamming to on Spotify, which just so happened to be the Used‘s “Take It Away.”

Read more: 10 hilarious “felt emo might delete” videos you need to see including My Chemical Romance, the Used and more

Even though it doesn’t appear that they did that song, they did finally collab.

One fan who attended the Rockstar Energy Disrupt Festival in The Woodlands, Texas, posted a video to Twitter showing Quinn and the band performing “A Box Full Of Sharp Objects.” You can see the clip below.

After a busy summer between Disrupt and the 25th Anniversary Warped Tour shows, the Used have one remaining announced date left this year. The band will be heading out to Las Vegas for the aptly named Las Rageous . Festival Oct. 18.

They”ll be reunited with Sleeping Sirens as both play night one. The two artists will rock stages alongside Bring Me The Horizon, Dance Gavin Dance, FEVER 333, He Is Legend, While She Sleeps and SHVPES.

As if the stacked lineup wasn’t cool enough, the festival also added onsite rock ‘n’ roll wedding services this year. Attendees can get married between the hours of 5 p.m. and midnight. People can get both legal and non-legal marriages without a reservation or a marriage license.