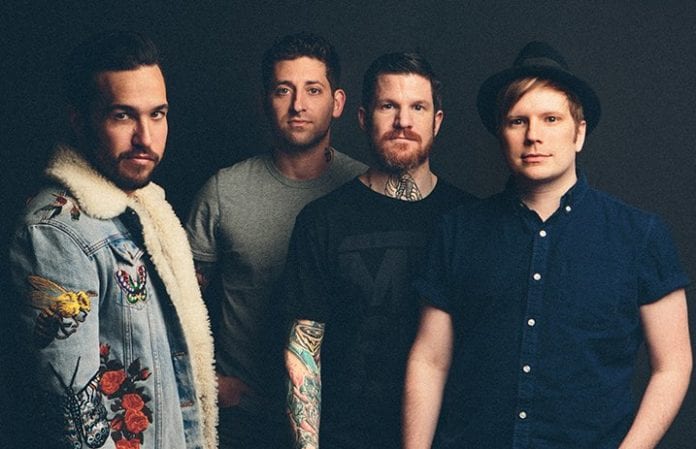 Fall Out Boy will always remain a music staple and emo icons of the scene. As such, it’s important to celebrate the Feb. 6 album anniversary of Infinity On High arguably the record that threw them into the limelight even more, with multiple hit music videos including “Thnks Fr Th Mmrs,” “The Take Over, The Breaks Over” and “This Ain’t A Scene, It’s An Arms Race.”

Now, of course, asking you to take a Fall Out Boy lyric quiz may sound counterintuitive because, well, who really knows what the quartet are singing? Truly, there are whole Reddit threads and articles of ours that explore misheard FOB lyrics.

See if you can remember and decipher these 2007 lyrics from Fall Out Boy, which may or may not have taught you the phrase “goddamn.”

It looks like Weezer, Fall Out Boy and Green Day fans are finally getting an update about the rescheduled Hella Mega tour.

Weezer frontman Rivers Cuomo recently revealed whether or not the tour is still scheduled to happen this summer in Europe and North America.

Back in 2019, fans were thrilled to find out that Weezer, Fall Out Boy and Green Day were finally going to tour together. The Hella Mega tour was originally set to kick off in Singapore March 8, 2020. However, the coronavirus pandemic soon caused the bands to delay those eight tour dates.

Eventually, as COVID-19 continued to spread around the world, the Hella Mega tour postponed its European tour dates and then all of the North American shows. Then, in July, the Australian and New Zealand dates were also canceled.

Despite the postponements, Pete Wentz reassured fans they were going to see the Hella Mega tour no matter what.

“This is a tour that is probably once in a lifetime for the three bands that are doing it in the perspective of how big it will be and from the perspective of getting all of the pieces to work together because it’s a lot,” he told NME in April. “I would say that this tour may not happen exactly at the time or when it was supposed to happen or how it was supposed to happen, but the tour will happen.”

Finally, in June 2020, Green Day, Fall Out Boy and Weezer unveiled the rescheduled United Kingdom and European tour dates. As well, shortly after, the entire list of rescheduled 2021 North American tour dates was revealed. For now, the Hella Mega tour is set to kick off June 9 in Vienna and July 14 in Seattle.

However, some fans are worried that these rescheduled dates could change again. As 2021 progresses, more events and concerts are being canceled or rescheduled again. Last week, Glastonbury announced that it is not holding its festival for the second year in a row. This latest news could be the first of many event postponements and cancellations in 2021 as COVID-19 cases continue to pop up.

Read more: Hayley Williams just responded to one of those clues about her new music

Despite all of this, Cuomo says Weezer are still planning to play those summer Hella Mega tour dates. He recently told NME that the tour’s U.S. promoter said the shows are still scheduled to happen.

“My manager just told me yesterday that the U.S. promoter is still saying it’s gonna happen,” he says. “That could change, but I’m not making any other plans for the summer.”

Along with the Hella Mega tour, Weezer have plenty of new music on the way this year. They recently released their surprise new album, OK Human. The LP, which was announced earlier this month, will arrive before Weezer’s other new album, Van Weezer. Van Weezer was originally slated to arrive around the Hella Mega tour last year. However, as expected, it faced a few release delays.

Read more: A Day To Remember unveil new song “Everything We Need”—watch

It turns out, the postponed Hella Mega tour is why Weezer have decided to put out OK Human first.

On Jan. 21, fans got a taste of OK Human with the new video for “All My Favorite Songs,” which is out now. Van Weezer is slated to be released May 7.

Find out all of the new Hella Mega tour dates here.