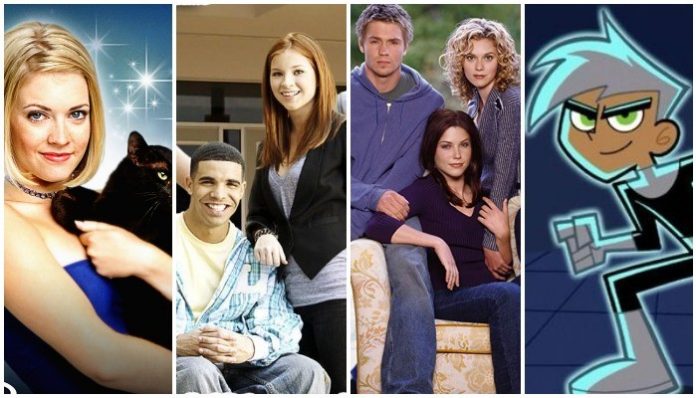 It can sometimes be exhausting to find a new TV show to invest yourself in when there are so many options with streaming. That’s why it’s a good idea to revisit some of your old favorites from the 2000s.

The 2000s were filled with shows we loved before Netflix was as popular as it is now. Saturdays were spent binge-watching cartoon marathons or episodes of Degrassi.

In case you need some inspiration, we’ve created a quiz to help you figure out which throwback show you need to watch right now based on your music taste. Take that below!

If you have ever wondered how Taking Back Sunday ended up on an episode of Degrassi: The Next Generation, then you have finally found your answer.

While Drake (aka Wheelchair Jimmy) is one of the most notable celebrities to grace the Canadian teen drama, emo fans also got a treat when Adam Lazzara made an appearance in 2007. Now, thanks to one curious fan earlier this year, the band have finally revealed how it all came together.

Lazzara appeared in the show during the sixth season in the second part of an episode aptly titled “What’s It Feel Like To Be A Ghost?”. In the episode, resident goth queen Ellie Nash misses her chance to interview the band.

Writer Ashley Laderer asked the band how they ended up on-screen, writing, I have many questions about the Degrassi episode featuring @TBSOfficial — @AdamDamnLazzara @Jake_Epstein I think the quarantine is the perfect time to discuss. The emo crossover we never asked for or deserved, but needed.”

The band responded, telling her to ask away to which she says, “OMG thanks for responding! 🖤How did this collaboration happen? Did Degrassi call you or did you call Degrassi? Did “Craig” ever actually play you a version of MakeDamnSure? Did you get to go to the school set? My fellow Degrassi + TBS stans are going to be so happy. We love you!”

“Adam and his roommate Angel were watching one day and saw the episode with [Kevin Smith]. That inspired Adam to want to be on since he was a fan of the original series. He called his people, they made some calls and we approached the show asking to be on.

“They invited us on and actually wrote the episode for us. We flew to Toronto and did everything on their set. Everyone was super nice to us. We didn’t hear Craig’s version. Funny story when Matt was going through customs with his work permit, the agent asked what work he was going to be doing there. He replied that he was going to appear on a TV show and the customs agent said, “what show, Degrassi?” True story!”

See the full exchange and the two-part episode here.