Much to the sadness of fans, Anberlin revealed earlier this year that they were breaking up and, in more bittersweet news, that they had re-signed to their former label, Tooth & Nail Records, for the release of their final album.

Now it looks like the UK will get their final taste of live Anberlin, as the band have announced their UK farewell tour. Tickets go on sale February 12. You can check out the full list of tour dates and locations below.

Prior to their final UK tour, the band will be playing the entire 2014 Vans Warped Tour. Anberlin’s latest album, Devotion: Vital Special Edition, was released back in October of 2013.

Additionally, it looks like Anberlin will begin tracking drums for their final album soon. Check out a tweet from the band below: 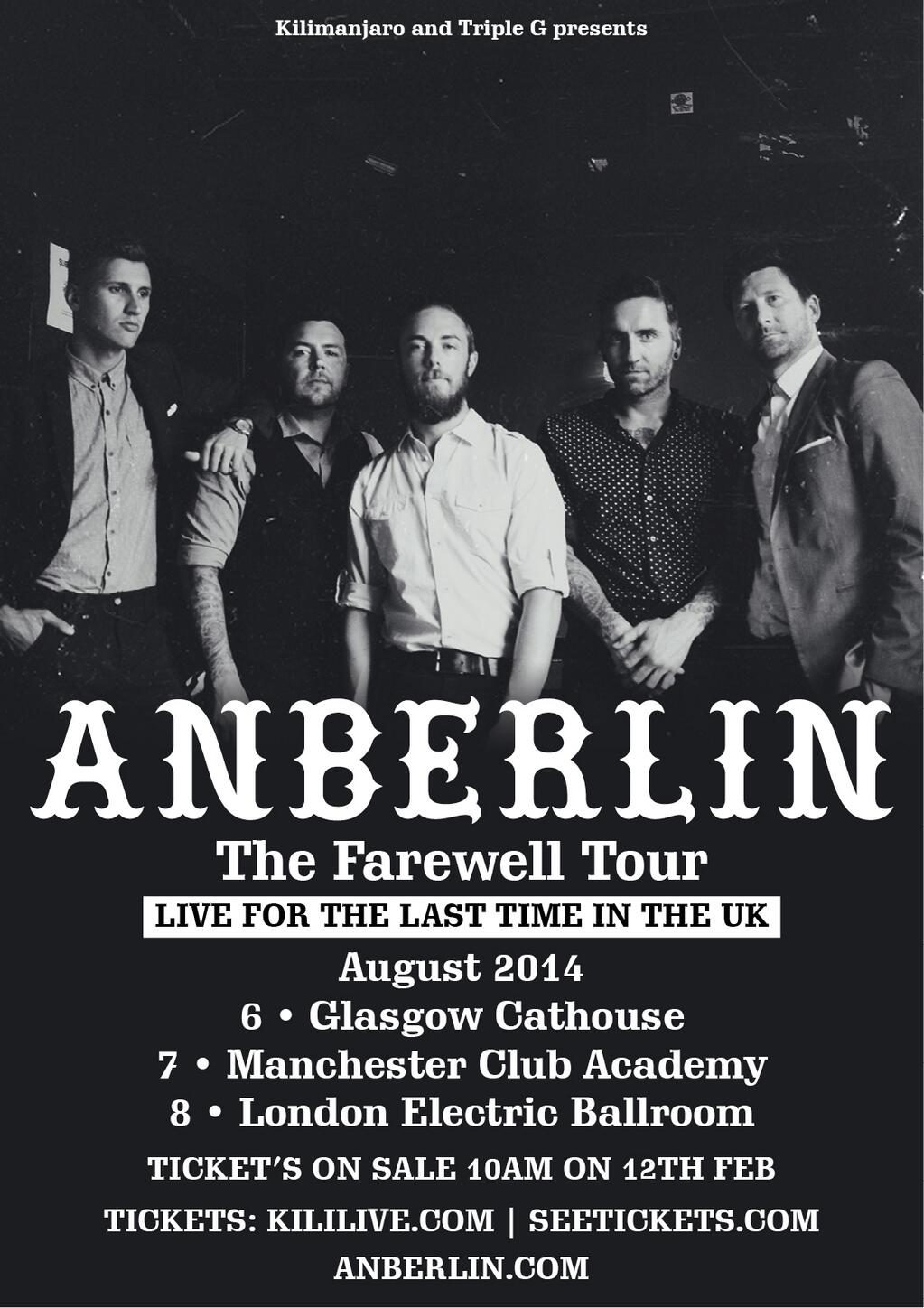