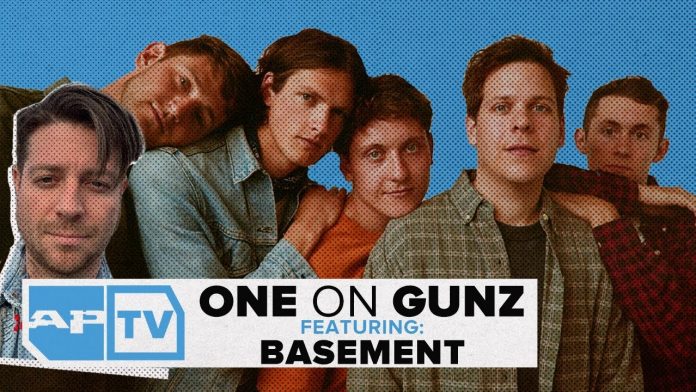 Basement have already had a better year than you. Fresh off of the support slot of the massive Weezer/Pixies tour and supporting the profoundly stellar new record, “Beside Myself,” their 2019 is the stuff dreams are made of and all the while, the absolute best sitcoms have been playing in the background of their marquee year.

Right before the Basement boys took to the road on the best alt rock tour of the century, APTV’s own Gunz had the opportunity to catch up with them at the world famous Madison Square Garden to deep dive their new record, dish the dirt on a four year hiatus and place bets on whether or not they’d meet Rivers Cuomo.

The band had a familiar face at their final Perth, Australia show a few weeks ago. Post Malone himself made an appearance for the Story So Far and Basement sets.

As we know, he’s pretty interested in the scene (remember that time he and Bring Me The Horizon potentially did a collab? Or the iconic Twitter exchange between him and Underoath?) So, it would be pretty cool to see him try to integrate some of our scene in his next project.

After all, we all know Post is a scene kid at heart.

Basement is currently on the road with Gouge Away and Teenage Wrist. Tickets are on sale now with dates below.

What did you think of Gunz interview with Basement? Sound off in the comments below!