Frank Iero takes us back to the early 2000s, talks symbolism and the Cellabration

We chat with Frank Iero about the symbolism of The Cellabration, including the symbol he created in 2005, which is now a recurring design element across his art as well as the band name “frnkiero andthe cellabration” and how he can't seem to spell. 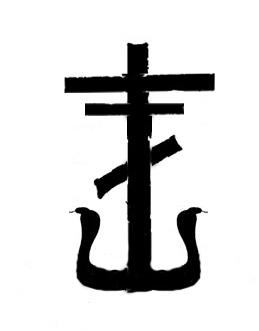 “In no way shape or form did I want to do a solo thing and call it my name,” Iero says. “Frank Iero… No one can pronounce it, no one can spell it, there’s too many goddamn vowels in it to be an actual standalone name.”

(For the record, folks, it’s pronounced “eye-ear-oh,” and most definitely not “Lero.”)

“I thought if I could name the band something that encompassed this outgoing party, maybe people would forget that I wasn’t that quintessential frontman.”

Iero also talks about their current tour with Taking Back Sunday and the Used (“It’s just been a great family environment”) and the quickly growing scene in the early 2000s when they first crossed paths.

“It was a ridiculous time for [My Chemical Romance],” Iero says. “We started to come up after TBS and Thursday and Midtown and Saves The Day, but I almost feel like we were reaching that level, and that was a dream come true because those were bands we were looking up to.”

Check out what Frank had to say about those things and more in the video, plus meet The Cellabration in our first part of this interview.