0 POSTS 2 COMMENTS
HQ: Long Island, NY   After graduating college with an English degree, everyone asked me if I planned on becoming a teacher. All I wanted to do, though, was write. The only question was: What subject would be the main focus – tennis or music? Both were my obsessions since the early teen years, so I tried my hand at the two consecutively, covering local tennis tournaments for a Long Island-based paper and national ones for a small sports magazine while also writing about (mostly) punk and hardcore for Long Island Entertainment. Soon, however, it became clear covering tennis was not a viable option (traveling to different states for tournaments is just a little expensive and since I was fresh out of school, I was taking assignments just to get a by-line and no payment), so music it was. In addition to the LIE, I started writing for national zines like AMP, Skratch, and Chord, while getting a couple of freelance gigs from noted punk zines Maximum Rocknroll and Razorcake. Then one day a good-hearted employee at one of the record labels I had done some reviews and interviews for, proposed that I try out for Alternative Press. The idea had crossed my mind in the past, but it seemed unattainable – write for such a venerable magazine that I’d been reading since I was about 14? Granted I viewed MRR in a similarly lofty manner, however, AP just seemed like it was on a whole other level. So during the summer of 2005, I decided to finally go for it and sent some writing samples to then-editorial director Aaron Burgess, who agreed to take me on. The rest, as they say, is history. I was thrilled when Scott Heisel, knowing how into old-school punk and hardcore I was, asked me to pen some of the “No, Seriously, Ask That Guy” columns, where I was able to write about some of my favorite bands like Agression, TSOL, Channel 3 and the Vibrators. I’m still deeply into tennis (one of the only hardcore tennis punks I know of!), but I just stick to playing and watching the pros rather than writing about them.   SEVEN SERIOUSLY RIGHTEOUS ALBUMS TSOL – Dance With Me Mudhoney – Superfuzz Bigmuff  (plus Early Singles) Jerry’s Kids – Is This My World? Girls Against Boys – Venus Luxure No. 1 Baby Agression – Don’t Be Mistaken The Damned – Machine Gun Etiquette Gang Of Four – Entertainment! 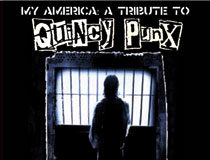 Various Artists – My America: A Tribute To Quincy Punx 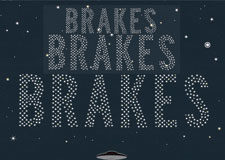