In this recurring column, we discuss the back stories of some of the scene’s most resonant songs with the people who made them. In this installment, Cassie Whitt spoke to Hawthorne Heights vocalist JT Woodruff about their breakout single “Ohio Is For Lovers.”

Hawthorne Heights never expected a simple song about adjusting to their newfound life on the road would put them, the sound they were cultivating and their home state on the map. “Victory pretty much signed us because of our demo for ‘Silver Bullet,’ and we had all agreed that’d be the single off the album,” drummer Eron Bucciarelli tells AP. However, what the band thought was a new and improved version of “Silver Bullet” was usurped by a deeper cut that ended up being the world’s introduction to Hawthorne Heights. “We put ‘Ohio Is For Lovers’ at track eight,” Bucciarelli mused. “Normally, you put your first single around the first through third track.”

They may not have given it a second thought in the beginning, but the track now remains a set staple and an inspiration to fans who frequently tell the band how much it means to them. 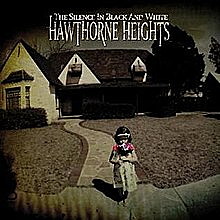 “Ohio Is For Lovers”

What is the general back story of the song? I’ve read that there was some conflict between the band members and their then girlfriends. Can you elaborate on what was going on at the time?

JT WOODRUFF: It’s kind of a funny song for us because when we took it into the studio, we took it in as an instrumental because it wasn’t ready. We didn’t really think anything of it. I was going to try and finish it while we were tracking everything else. We were stoked on that because we were recording our first record. Eron had a couple lines written here and there. There were a couple of tense moments in the studio because this was our first time away from home, away from our friends and family [and] our girlfriends. It was the first time [for us] to try and find our place in the traveling scene of music. We were trying to find out how to record at a real recording studio. The song was about tension amongst us and specifically about conversations I was having about how hard this can be. This really was just the beginning of being gone; we hadn’t started touring yet. This was just the first six week scheduled recording session. We had no idea anything would come of it. No one ever thought, “Hey, this is going to be a single,” or “This is going to be a special song.” This was just another song, let’s finish it and it’s cool. Here we are today.

You said it started as an instrumental. Were there particular riffs or sections that brought the song together or inspired you?

WOODRUFF: I thought it was cool because it had a clean-ish intro. It wasn’t really slow; it still moved pretty well, and then it opened up. Lyrically, I wrote the chorus first to that song. Then, I kind of made a slowed-down version of what was to come first.

It was a defining song for that moment because other bands were doing the same heavy yet approachable sound and you guys really brought it to the forefront. Do you think you made something that was just a little darker and heavier more accessible to a larger audience?

WOODRUFF: I think we’ve discovered over the course of our career that we’ve been that gateway band dragging fans from a bigger band to an underground band. It’s really cool that we have the power to do that. Now, it’s kind of tough to see because everyone is so heavy now when we don’t consider ourselves a heavy band at all. Is it our fault that in response, everything is so very aggressive?

Who is the “you” you’re addressing in the song? In the second verse you switch it to third person and you say “she?”

WOODRUFF: The second verse refers to me thinking to myself. One is me having a conversation, where the other one is more in my head.

Have you ever gotten backlash over the “cut my wrists and black my eyes” line?

WOODRUFF: It’s a good question. We’ve seen it from both ends of the spectrum. It’s funny because it depends on who is interpreting it. We’ve had people come up to us and say, “Your music has absolutely saved my life. Without you I wouldn’t be here.” Within that music and the album they’re speaking of, it’s the lyric “cut my wrists and black my eyes.” Obviously, it’s a metaphor. It’s supposed to be dramatic for the moment that’s happening. It’s about heartache and not being able to go to sleep and having so much on your mind it’s keeping you up at night. The funny thing is we got a little bit of backlash when people first started to hear it a lot. We were on the Take Action Tour, which is a tour based on suicide prevention. It’s very important for us to do this because we wanted to do it and we know there are a lot of people out there who struggle with depression. I would compare it to the people thinking death metal was causing people to commit violent acts. It’s music; it’s built on metaphors and built on poetry. It’s supposed to be dramatic.

Do you have any specific memories about the video?

WOODRUFF: This was our first experience ever doing anything like that. We grew up in a generation where music videos were pretty damn amazing. One of my favorite musical moments as a kid was seeing the Smashing Pumpkins “Zero” video. Stuff like that, like “Smells Like Teen Spirit,” had this vibe. We were like, “Now we get to do that” on a much smaller scale. We’re in LA for the first time ever, we’re shooting a video the next day, and we’re meeting with the director. We met our first celebrity, which was Judd Nelson. It was special because one of my favorite movies is The Breakfast Club. We knew it was going to be something special the next day—you saw that positive energy. We had seen that same exact location on the Playboy channel a couple years ago. I would say it was weird because we shot on location. You know, the ranch where they shoot a lot of things there. It was cool because we [had] never done anything like that. It was a little nerve-racking because we weren’t used to doing anything on film, in general. We’re musicians, we’re not actors. We were learning how to mime and lip-sync. It was a little awkward for us at first. I think music videos in general are pretty awkward. One little pop-up studio fact is we didn’t have a microphone stand.

WOODRUFF: Exactly. And everyone comes up and is like, “How cool is it that you guys hung that from the rafters?” It was out of necessity, not because we wanted to.

How do you feel about the song now? If you could go back and tweak anything about it—even if you could say, “No, we don’t want this to be our first single,” would you?

WOODRUFF: I wouldn’t change anything because we didn’t do anything right or wrong, in general. How it’s affected whoever’s life, I wouldn’t want to change their emotions or their feelings. We’ve always been 100 percent fine with it. It’s always been a good song, but it’s one song on our first album in our first recording session. It was never, “Hey, you know what? We finished this thing. We finished The Silence In Black And White. ‘Ohio Is For Lovers’ really stands out.” We didn’t realize that and we don’t realize that now. It's the connection other people have with the song, it connects them to our band that links them to a better time period. It’s always going to be a special song for us because of what it [has] done for our band and how much fun we have playing it live and singing it with the fans. ALT.