Another day, another festival. Made In America have announced the full lineup for their Philadelphia date, which includes such bands as City And Colour, Bleachers (fun.’s Jack Antonoff), Vacationer (Kenny Vasoli of the Starting Line) and many more.

Kanye West, Kings Of Leon, the National and Tiesto will headline. You can check out the full list of bands below. Made in America takes place  August 30-31 simultaneously at Philadelphia's Benjamin Franklin Parkway and Los Angeles' Grand Park. 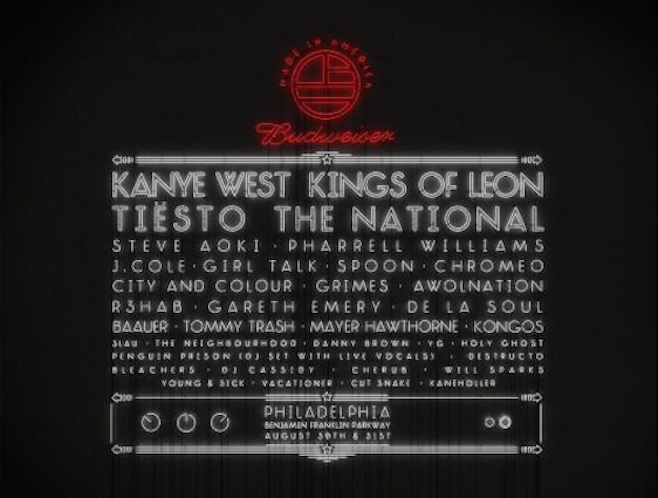 Filed Under: city and colour, fun., the starting line, vacationer
Categories: News
Comments
Leave A Comment
Back To Top