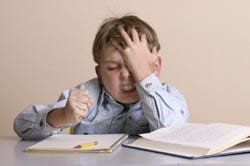 Several times a week I get an email to my myspace from a high school student asking the $10,000,000 question: "So, how do I make a career as a music journalist? What courses should I take in college? How should I get my start? How can I have your job?"

After about the 25th time, I get a little worn out of typing the same answers so I'm going to lay it on the line right here to make it easier for myself as well as maybe point some of you in the right direction.

1) RIGHT NOW- FORGET IT: Things suck out there in the journalism world as far as jobs go, regardless if they're in print or on the web. Everyone's getting laid off or there's enough financial cut-backs going on at media companies in general so that no one's being hired and everyone's taking on the work of those that got laid off (without extra pay.) My best advice right now is to get into college and stay there for as long as you can until this Depression-Lite is over (most likely by summer of 2010, at this point.)

2) TEACH YOURSELF THE HISTORY OF MUSIC: Seriously, I still teach myself something new every week when it comes to music history. It doesn't matter if it's about a particular year in classic rock history or trying to go back and catch up on some underground band of note from 2002 that I overlooked because I was too focused on being a business owner. Plus, I watch what the AP editors are listening to these days. Thankfully, they like a lot of good stuff and each of them have their own tastes so I can be exposed to a wide variety of new bands. There's also that little saying that history repeats itself and it applies to music history as well. (Side note- I have clean laundry on the floor that I've been folding and Thiago just made a new bed out of it…ugh.)

If you want a basic primer that's a bit nerdy but very, very informative try THE RISE AND FALL OF POPULAR MUSIC by Donald Clarke. It'll take you from Minstrel times up thru Motown and you'll see how the music industry has always been full of scum-bags and how music trends came and went and why.

3) YES- TAKE AS MANY JOURNALISM & WRITING COURSES AS POSSIBLE: It's that simple. If you send in articles that read like how you text your friend in Biology class, you'll never score an assignment. It's that simple.

4) EXPERIENCE COUNTS MORE THAN A COLLEGE DEGREE: There, I said it. BUT, as noted above, because the economy is so sucky, the safest place for you right now is in school. BUT, it doesn't mean you shouldn't get some freelancing experience in (notice the word "FREE" in there because that's what your pay is going to be worth for your work.) There are plenty of music websites and magazines out there that will take a look at your work and consider starting you out as a music reviewer (that's always where newbies are thrown right off the bat.) BUT, your style is going to matter as well as your knowledge. If you write crappy, you'll get a crappy response from an editor via email saying "Thanks, but, no thanks.."- if an email response at all. Study someone's writing that you admire, figure out what your "voice" is (sarcastic? analytical?) and work on keeping your reviews BRIEF. Short, punchy record reviews are what's sought after these days so try and get all of your points across in 100 words or less.

To be honest, nearly every time I finish an interview for the AP PODCAST, I am stunned that, at the conclusion when John has stopped recording, the musician looks at me and says something along the lines of, "Wow, I was amazed at how much you knew about me. Most journalists have no idea what they're talking about and know nothing about my band."

That's when I start scratching my head.

All I'm doing is what my journalism teacher in high school taught me to do.

BUT, as I noted above, since the job market is in the toilet, go to school, in the meantime, and freelance on the side.

5) YOU CAN'T SAVE THE WORLD (AND THEY DON'T WANT YOUR HELP, EITHER): Every so often, some egotistical, loud-mouthed, f**ktard comes along and thinks they're going to be the next Lester Bangs and save the world from bad music. They think it's their duty, no, OBLIGATION, to tear apart every band they personally don't think meets some high criteria of quality that they've set up in their little head. Usually, only about four bands ever do, too. So the poor artists, well, they get unnecessarily insulted and torn to pieces, usually without a good enough reason. As Jason Pettigrew says about those newbies out there that are just discovering that, yes, Dave Navarro was in the Red Hot Chili Peppers, "It's all new to you." And I would add to that, "And just because you don't like it, doesn't mean it's not good to someone else." Get over yourself.

Be fair and be reasonable. If you truly love music, you would do that.

6) FIGURE OUT WHY YOU WANT TO WRITE ABOUT MUSIC: If you got the idea to become a music journalist from the movie below…

…become a music photographer instead.

Musicians are always a lot friendlier to photographers than they are to journalists.

7) DON'T BETRAY YOUR SOURCES: The hardest thing for me to learn as a journalist was to know when to shut up. Being a newshound, my blood starts racing once I am told something that would be a great scoop and I want nothing more than to race to the computer and get something up on our website. In the past, several relationships with some musicians were hurt because I let slip out into the public confidential stuff the musician wanted kept quiet. It was just my journalism streak getting the best of me. Today, I know when to shut up and the more I shut up when a musician tells me something "off the record", the more they come back later on and give me a scoop on something I CAN print. Building trust is vitally important with your sources and that's one of the first things you'll learn as a journalism student. You can't treat your sources like how we treat rumors on music website message boards, gang.

8) YOU'RE NOT PERFECT: Look, one of the biggest things that will get under an editor's skin is if you start throwing attitude about how your submission is perfect the way you originally wrote it before the editor ran their red pen all over it. Every media outlet has a style they're looking to have all of their content run in. Maybe they're wanting more facts or quotes added. Maybe less of you running on forever in first person blabbage like, "Then, I went to the studio and then I did…" or "I saw his deep, brown eyes looking off intensely…" I admit, I still have problems in this area so I understand where you're coming from. You get this vision in your head of how it should flow and how the atmosphere for the piece is all laid out perfectly from beginning to end. Except, it's 1,200 words over what was asked for and your editor wants to cut out the entire portion where you went thru the singer's closet and he rambled on forever as he showed you his high school yearbooks.

Why do you think I ran the "unedited" version of the Craig Owens cover storythat I did on our website???

But, you, dear freelancer, won't be able to.

So, learn to accept editing.

9) SHOULD YOU FIND A NICHE?: This is a hard one for me to answer. Music journalists that are flexible and knowledgeable about pretty much any type of music get a lot of work, no doubt. But, they're never really THAT good, in my mind. They kind of know a lot about a lot but never enough about enough. I know, at AP, we have a number of our top freelancers who are just experts in a particular genre or an era of underground music. Or, maybe, they know everything that needs to be known about My Chem or Fugazi. These freelancers become our Go-To people fairly often. The same could be said for music photographers. Charles Peterson became the photographer of the Grunge era as he was based in Seattle when all of that went down. Today, his work is still used for archival pieces in just about any publication of note when they haul out their Grunge retrospectives. It was Peterson's shot of Cobain that graced our Memorial issue back in 1994 and we were the first national magazine to hit the stands after his suicide thanks to our relationship with Peterson and a quick turnaround from him with a photo for our cover.

10) STAY ON TOP OF NEW TECHNOLOGY TRENDS: I don't care what it is-if it's the new trend in social networking, iPhone apps or blogging- know how to do it. The more you know, the more useful you'll be to editors as print and the internet continue to merge over the next few years (probably faster now because of the thorough weeding the economic collapse is causing to happen to media companies).

Also, as sort of a "Part B" to this one: Understand that the more you know in this new technology area, the more of a "threat" you'll be to the older editors you may end up working for that don't have a firm grasp of all of this new stuff. It's all a natural cycle of events that occurs whenever there's a new shift in the way things are done, so don't let it bother you too much. Just realize that going in and don't rub it in their faces. You can learn a lot from the old guard so show them some respect and listen to what they have to say.

If you think I've missed anything, let me know, definitely.