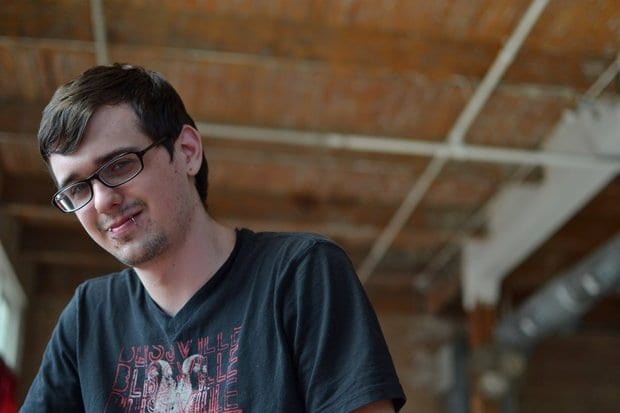 As music fans bid adieu to Myspace, the throne has yet to be filled by its social-media peers. Current players—whether it’s Purevolume, Last.fm or Facebook—haven’t yet clinched a dominant position in music discovery. Enter the always-expanding Google, which recently launched their own social network, Google+. This new service, when paired with the company’s progressive ideals, has a chance to topple the competition, as long as they utilize their platform smartly. Here are five ways Google can create a new place for music fans to congregate.

1. A Clean Slate
Unlike the current set of established social-media sites, Google+ is just opening its doors. They’re the new girl in town everyone’s lusting after, while Facebook and Twitter are the jealous long-term girlfriends. Everyone loves a new, romantic beginning, and music fans are in dire need of one.

As a new name in the game, Google+ has more room to experiment and redefine the norms of online socializing without upsetting the masses. Still at an “invite-only” stage, features can be rolled out without immense back-end overhauls. On the flipside, they can be removed just as quickly if they fail. Feedback can be analyzed faster, and these ideas can be subsequently implemented just as rapidly. With focused engineers and a hungry new audience with unfulfilled online social desires, Google+ has the advantage and the resources.

This doesn’t make it all rainbows and unicorns, though. Building a user base is the hugest hump to get over, and Google’s track record isn’t the greatest. Remember Google Buzz or Google Wave? Probably not. They were about as successful and enjoyable as your local Creed cover band. Getting your feet off the ground is the best place to redefine the game, but it’s also the hardest, as well.

2. “Hanging out” with your favorite artists
One of the most significant parts of online promotion is how it revolutionized the artist-fan relationship, bringing it to a more intimate level. Integrating a group-video-chat service directly into their platform, anyone can start a “hangout” and begin video-chatting with people in their circles. Musicians can create interactive online hangout sessions using video chat—something akin to the online-video-streaming service USTREAM, but built straight into the social network. Not only can fans then pseudo-brag about how they hung out with their favorite artists, but they can also simultaneously sling insults right at the bands they despise without any real-life repercussions. Who doesn’t want to have some face-to-face time to troll their favorite musical abominations?

3. “Sparking” your interest
One of the new features brought to the table by G+ is Sparks, which creates a personalized feed of relevant articles based on your interests. You can simply type in a keyword, and sites with relevant content will pop up. Implementing a similar system in relation to musicians then creates a new market to discover and share your favorite artists.

With a more robust sparks section, artists can create pages that act in a similar fashion as they do on other social-networking sites. These could then be catalogued and used to recommend different bands relevant to a user’s interests based on their usage and the pages they visit. (That way, when you start seeing Blood On The Dancefloor showing up on your sidebar, you can reevaluate your taste in music.) Giving multiple cataloguing options, musicians could be found by genre, location, other bands they interact with, and so on.

4. Deep Account Integration
Within the “Google Universe,” there is an application for most, if not all, online needs. It’s a hub for internet life. From documents and a calendar to groups and an RSS reader, you can complete a plethora of common tasks without ever leaving their website. With the recent introduction of Google Music, a cloud service to store your tunes, it’s one more part of life that can be consumed in the Google Universe. Now as Google tries to topple social networking, they very may erll begin bargaining for your soul by the end of the year.

With so much information on everything you search, the documents you hold or the music you play, centralizing all of this into a social setting—and utilizing the information for future reference—gives Google a lot of power to know what people want.

Pushing to make people’s lives revolve around the Google Universe and its network of tools will create dedicated users who continue to pour content and information into their network. There is a huge opportunity for Google to be the center of a person’s life—including their music tastes. Using other sources of information and feeding ur all into their social network can continue to refine user experience.

5. Power in Partnerships
As an internet heavyweight, the possibilities of partnering up with other sites to enhance usability are almost endless. Once again, the current bare-bones structure of the site will play to Google’s advantage in setting up new features. Still without a development platform for third parties to utilize, Google could take the opportunity to specifically work with sites such as Pandora, Last.fm, Grooveshark and Spotify – especially because the latter finally made its debut in the U.S. today.

These companies all do their respective tasks well, but using a new platform to interact with their audiences is a smart move. Integrating these services into users’ streams or sidebars can put music directly into their speakers and enhance their social experience. More important: This will create that new central location for people to listen to all the music they want while connecting with their peers, which is exactly what Myspace did best.