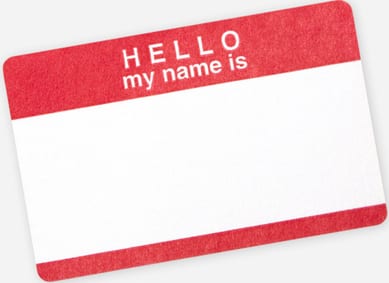 So here we are.

As I found myself faced with the latter dilemma, I decided to explore the former. Because, now that I think about it, there seems to be an influx lately of bands straight up blatantly commandeering their names from obvious pop culture references.

Look, I’m not saying these bands were being lazy or unimaginative. Hell, even Radiohead took their name from a Talking Heads song.

So, based on recent history, I decided to brainstorm a few band names you very well might hear in the near future.

(By the way, a few names I came up with that turned out actually to already be bands: My So Called Life, Kid A, Vote For Pedro, Project Mayhem, Mad Men, Rushmore, Final Destination, There Will Be Blood, the Dharma Initiative, Previously On Lost, Sparkle Motion, Voltron and Decepticons.)

Freaks And Geeks
Frankly, I’m astounded this already hasn’t been stolen. One consideration might be that not everyone remembers the TV show, and then band members would constantly have to answer the interview question, “So which of you are the geeks?” (It’s what we in the business call the “Darius Rucker = Hootie from Hootie And The Blowfish effect.”)

That’s What She Said
This phrase from The Office is perched precariously close to “Too Much Information” and “Who Let The Dogs Out?” territory. But that’ll make it perfect for some hipster indie outfit being ironic five years from now, or some unfortunate metalcore band right this second.

The DaVinci Code
Think there’s no way a title this recognizable and distinct could be appropriated by a band? Tell that to Lauren Weisberger.

The Difference Between Medicine And Poison Is In The Dose
I know for a fact that Circa Survive guitarist Colin Frangicetto wanted to use “In Fear And Faith” as a project of his own one day. Might as well beat him to this one, too.

The Bible
Good book. Twist ending. A little bit of a gamble as a band name. A British group actually used this name back in the ‘80s, but they later went with “Liberty Horses.” Possibly because you really don’t want to get into a lengthy copyright lawsuit with the Notorious G.O.D.

Enema Of The State
This would actually be more blasphemous to most bands than calling yourselves the Bible. But I promise you someone will do it.