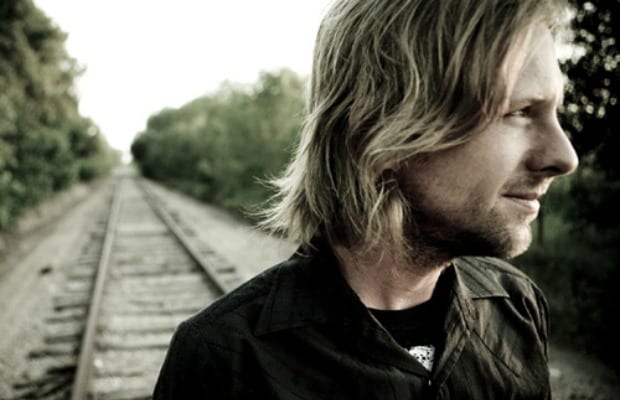 For 16 years, JON FOREMAN has toured the world and sold more than five million albums with his band, SWITCHFOOT. In 2009, he picked up a different kind of writing when he began contributing columns to The Huffington Post. Just like he does in his songwriting, Foreman covers an array of topics in his columns, from music funding to gardening (seriously). Just in time for Election Day, Foreman gives one last powerful call to go out and vote today.

It might seem a bit convoluted to start an essay about democracy with a quote from a ruthless autocrat. But then again, this is politics, and politics is a messy, messy sport. As my ninth-grade history teacher, Dexter Harvey, would say, “Politics is like wrestling a pig in the mud: You both get dirty and the pig enjoys it.” With this in mind, I hope to prove myself to be an unlikely candidate for the fall election.

Equally unlikely is my career in economics. My dreams of graduating with a degree in finance were cut short when I dropped out of college to travel around the world playing rock ’n’ roll. No, I'm not a political pundit, and I'm not an expert. I'm just some guy that writes songs on a guitar. But I am a citizen of the United States, and as such, I'd like to say a few words on what this election means to me.

I believe in democracy because I distrust everyone equally. I trust politicians about as much as I trust anyone who wants something from me. That is to say, I smile and nod and make sure that my wallet's still in my pocket when I leave. But lately, it seems my wallet and my vote are tied together. Our financial crisis has reached a fever pitch, not just at home but abroad. Fiscal responsibility, unemployment rates, budget cuts, tax reform—these are huge issues this election. As well they should be: The intricacies of Washington and Wall Street have a powerful impact on all of us.

For many Americans, these are frightening economic times. Families are hungry. Small towns are defeated. Every day our sensationalist media spit out new reasons as to why we should be afraid. We look to the political system for solutions, for leadership, for hope. But let's not forget that these politicians are only human. After all, could one man save us from our financial crisis? Could one man change the discretionary spending and saving patterns of millions of individuals and corporations around the globe? I'm not sure that's what we're looking for. Certainly, the decisions of Wall Street and Washington affect us all. But we can't blame the failing economy on corporate greed alone. The fact is, it's not just the corporations who are greedy; we're all overcommitted.

But the American dream need not be defined by our debts. The self-evident truths that bind us together as a nation are not our arguments or our greed. Rather, the shining hope of our land is the democratic notion that all men are created equal, with equal access to liberty, justice and civil rights. In a government of the people, by the people, for the people, we define ourselves. The American Dream is your dream. And my dream. We are the problem and the solution; we each have an irreplaceable role in our communities and in our nation. No matter what the statistics say, people are not numbers. And neither are you. You can serve our nation in ways that even the president cannot.

Every day you cast your ballot—with your time, with your money and with your actions. You vote for the president once every four years. But what about the 1,460 days in between? The question facing our country is: What kind of nation do you want to live in? Yes, the United States has problems. But has there ever been a generation free from worry? Our country is run by fallible people who make mistakes like you and I. But my heroes, my favorite Americans, are the ones who spend their time changing the world instead of complaining. People who are facing the irreducibly complex issues of our times with practical love and tangible solutions. Because America starts in our own backyard.

I love my country. I'm pretty sure democracy is the best form of government mankind has ever created. And this Election Day, I will take my place in the voting booth. I will exercise the freedom that both my grandfathers fought for, helping to elect the various branches of this political behemoth that we call the United States. But I have no illusions over what I'm voting for: I'm voting for men and women like you and me. Folks who don't floss as often as they would like. Folks who have good ideas and bad ones. Our elected president will be the face on the bow of our ship, cresting new waves over the next four years. But, for all his power the president is not the captain. In a democracy, he is not behind the wheel: We are.

You think our presidential race is lacking valid candidates? Well, look in the mirror. Look around your hometown. It's a frightening prospect that we, these second-rate, armchair quarterbacks, could be leading the free world. And that's the beauty and the curse of our nation: The masses are in charge. The small business owner. The single mom next door. Your crazy landlord. The moron who almost killed you this morning on the freeway. The trouble with a democracy is, you're in control. And we're all counting on you, for our economy and our nation. For better or for worse, you were born into a place of privilege and responsibility. Our country could use a few true patriots, modern patriots, rational patriots. “Loyalty to the Nation ALL the time, loyalty to the Government when it deserves it.”