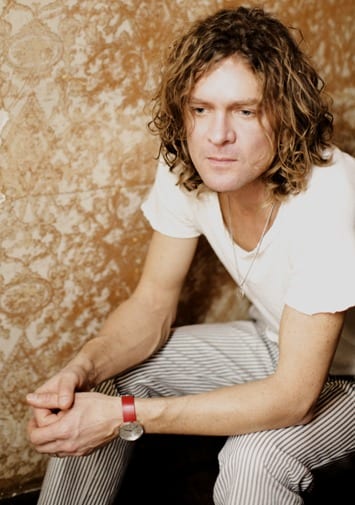 With seven full-length albums under his belt (five solo and two with the Raconteurs), BRENDAN BENSON is no stranger to the inner workings of the music business. Which is why, after more than a decade in the biz, he decided to take control of the recording process and release his own music through his own label, Readymade. Besides releasing his latest album, What Kind Of World, through Readymade, Benson has also signed Young Hines, the Lost Brothers and Cory Chisel And The Wandering Sons to his burgeoning label. In this Op-Ed, Benson discusses his decision to start Readymade and the benefits musicians gain when they take control of their work.

No one can deny that times are a changin’. For musicians, I’m not sure if the digital revolution is good or bad. On one hand, there are no barriers to recording and distributing music. But my job kind of ends at the music part. I’m used to having a team market and promote my albums. Unfortunately, that idea was often too good to be true. My first four solo albums were released on four different labels, all of different sizes.

When the time came to make my fifth album, I couldn’t help but look around me and think of the future. I’d see my wife and young son at the studio and knew I needed to figure out how I could put out music in a way that could benefit them forever. Releasing What Kind Of World the way I always had just didn’t make sense in 2012. Although the music industry is overwhelming to me in many ways, I’ve realized how much more control I have over my output. Even though I’ve written, produced and played the majority of my music, I don’t own any of it. Starting a label made sense because for the first time in my life, I could own the music I created.

Another reason it made sense to create my own record label is I’ve recently fallen in love with other artists and couldn’t not be involved. I stumbled on the great Young Hines when mutual friends happened to be listening to his demos while working on my house. I emailed Young a cover of one of his songs that I did, and we decided to get together to work on music. A few months later, in the fall of 2011, he was opening for the Raconteurs and we were in the studio creating his album, Give Me My Change. In the past, it wouldn’t have been as easy to contact Young directly and get to work on what’s most important: music. Being on my own label gave me the freedom to do that. I don’t need to run my ideas by anyone and risk being refused the right to collaborate with whomever I want. I have the ability to pursue any and all of my creative instincts.

A few months prior to making my record and producing Young’s, I had the pleasure of working with an Irish duo called the Lost Brothers whom I’d met on tour in Europe.  The sessions with the Lost Brothers flew by and within five days, we had a complete album. Not long after, my good friend Cory Chisel called me, antsy to get in the studio and work on his next record. That phone call turned into sessions, which turned into his album Old Believers. It was around this time that my manager realized that all of this music should be released under the same home. My record label Readymade has existed since the 90s. I created it to release the Well Fed Boy demos in 1996. It stayed dormant until last year, when all the different pieces I’ve just described suddenly aligned, and it finally appeared to be the perfect outlet for my work both as a musician and as a producer.

In this brave new world, we are competing with free music, be it legal or not. It’s more important than ever to stand out. It is up to musicians to not only create great music, but also to be mindful about what we are putting out in the world physically, from great artwork to green packaging. Because more musicians have access to recording tools, the same people who create music can now have more control over their own output. There is not a one-size-fits-all business model, and what works for me may not work for others. But the point is, musicians now have the possibility to choose which solution is best for them. Self-releasing used to be virtually impossible, but it’s becoming an accessible option to more and more artists. By supporting artists who go the DIY way, you know where your money is going: in the artists’ pockets. You make sure they can keep putting out great music for your listening pleasure. You defend cultural diversity. And you strengthen artists’ freedom to choose.