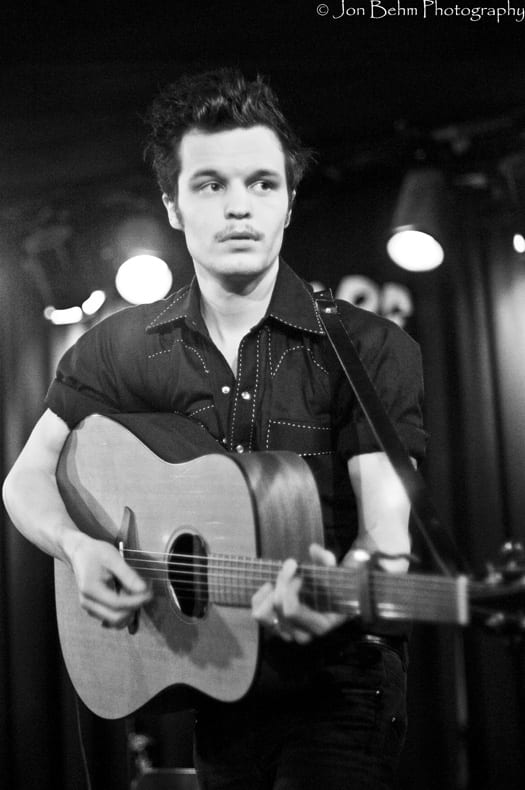 I have been totally digging Sweden's own version of Bob Dylan for the past six months or so. Kristian Mattson (aka the Tallest Man On Earth) is one of those singer/songwriters that I don't listen to all the time, but whenever I come back to him, it's all I want to hear. I first discovered him thanks to a recommendation by Scott Heisel (hey, after four years of working together, I guess he knows my tastes pretty well), and I immediately dove into his 2010 album, The Wild Hunt. After a good dozen or so listens through that, one of AP's ad execs, Zak Bristo, informed me that an earlier album existed, too (2008's Shallow Graves). Score! Say what you will about "getting in on the ground floor with a band, but sometimes, there's nothing better than falling in love with an artist, and then working backward through the catalog.

As far as acoustic guitar-playing dudes go, there isn't anything overwhelmingly special about Mattson, outside of his very distinct voice. It's hard to imagine him with a Swedish accent, as he sounds like a very road-weary character from a Jack Kerouac novel. But the stories in his lyrics are poignant, elegant and engrain themselves in one's brain without a whole lot of effort. In other words, it's really effing good. Unfortunately, I've yet to see him live, though Zak has seen him twice and attests to the live show being even better than the record. For now, until an opportunity presents itself, the next best thing is his performance on on NPR's All Things Considered Tiny Desk Concert series. This concert series is one of my all-time favorite things going on the web right now, and if you've never checked it out, you should dive into the archives.

In case you're too lazy to click on either of those links, I'm providing you with the Tallest Man On Earth's Tiny Desk concert, free of charge. You can thank me later.