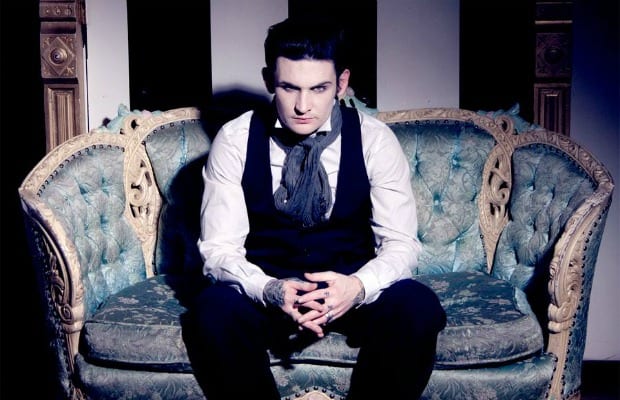 Indulge me for a moment: imagine you are lucky enough to have a little sister, niece, wife, or mother; a woman with which you hold a deep affinity. A woman that you would go to great lengths to protect from any harm that travels in her direction. Now realize, statistically, that probably makes you the brother, uncle, husband or son of a rape victim.

According to the Rape, Abuse and Incest National Network, 1 in 6 women will become a victim of sexual assault in their lifetime. These numbers are grotesque, obscene and inhumane. The worst part of it all is this: It’s become our accepted reality.

Before going further, let me clarify that I do not align myself with either the indecent Republican demigods or the indecisive Democratic snake charmers. I believe that both sides are playing dirty and cannot for the life of me reconcile my own ethics with their filthy corruption. The party I do emphatically support is the Woman Party. It is agreed, between my associates and I, that women are the most important, incredible, spectacular, beautiful and crucial creatures on this great planet. Let’s face it, without them we wouldn’t exist.

I completely fail to grasp the hatred and intolerance I see for this magnificent gender on a daily basis. The more I expand my knowledge of history and culture, the more I become increasingly confounded by the attitude men have had towards women throughout the ages. I acknowledge that things have changed a lot for female equality in modern society, but looking at the current dialogue in American politics it is embarrassing how far we still have to go.

Have I meandered toward the point for long enough? Let me be direct.

There are powerful people and institutions in this country that are trying to take away women's rights over their own bodies. Their ridiculous, discriminatory beliefs must not be tolerated in any way, shape or form.

Almost every single day I read a story in the news about how conservative politicians and/or other “right-leaning” fundamentalists are trying desperately to outlaw abortion, defund Planned Parenthood, or introduce bills into the House that would make killing an abortion doctor legal by reclassifying it as “justifiable homicide.” The latest atrocity by the ignorant believers of an archaic, woman-hating doctrine is this “Personhood Act,” the consequences of which reach farther than just up our sisters' uteruses. Look it up if you don't know. It was defeated in the state of Mississippi by a slim margin. These incredible violators of rationality will stop at nothing to keep women in a perpetual state of cattle-like breeding.

The Catholic aristocracy, being (financially) the biggest opponent of a woman’s right to choose in this country, has been able to take millions of dollars in tax revenue to provide “services” to women of abuse that exclude contraception and abortion, even in the event of rape, incest or if the life of the mother is in jeopardy. That means that if your little sister, your friend or your spouse is raped and impregnated by her attacker, the government will consider her life and her choices regarding that life unimportant.

How you would feel if she was desperate to terminate that heinous memory but couldn't? What would you do if that pregnancy was threatening her life and you had to stand by a watch her die because some bureaucracy said her life meant less? I would think Libertarians and the Tea Party would be dead against the pro-life agenda, as it is the epitome of government intrusion into personal liberty. I would also think that if abortion opponents were really in it for the sake of the baby, and not just for the sake of controlling women, they'd attack a man's right to a vasectomy with just as much vigilance.

I have a son. He just had his second birthday. He is absolutely the most spectacular human being on planet earth and I could not imagine my life without him. Every morning he wakes me up by jumping up and down on me shouting, “Choo choo! Choo choo!” This is code, meaning he wants to watch Thomas the Tank Engine. I oblige him and absolutely revel in bliss as we lay there watching Thomas and his pals chuff around on the island of Sodor on their various adventures.

Some ask me how I can justify abortion given my own joyful experience as a father. I answer this, yes I can. I know the difference between being born into a world where no one was prepared to love you, only to find that although the government cared A LOT about what your mom did with her vagina, they couldn't give a rip about either of you once you are born. I was lucky – my son was wanted by both of us; created entirely in love and born into a life full of the support that every single innocent child that is brought into this world deserves. I realize that not everyone can be so lucky. I see tragedy happening all around the world on a daily basis. It astounds me that human beings can be so cruel to woman and children.

There is evil all around us. Laws are created to protect the innocent from those who would violate them. But how can we make it illegal for a woman to make a choice regarding her own uterus? How does that protect them at all? Finally, how can any man actually think he deserves jurisdiction over an organ he does not possess, or legal authority over a nine-month-in, lifetime-out condition he will never be equally responsible for?

I know that some of you will argue, “Doesn’t the man get a choice in this matter? Shouldn’t his decision be a factor with regards to family planning?” I would say yes, in a healthy relationship both parties should come to some sort of agreement that works with their ethics and moral standpoint. But the issue isn’t about giving men a choice; it’s about taking the entire option away from women altogether. This is not conducive to a progressive, forward-thinking society, or the treatment of our fellow female species.  This is just another form of control, imposed by a band of delirious, self-righteous pedophiles and bigots who would rather keep women subjugated, uneducated and pregnant until their bodies just simply give out.

I see that we only have two choices.

1. We can leave the decision making process in the hands of fundamentalists who acquire their knowledge about science from an ancient book, written at a time when they thought the Nile river flooded with tears of sorrow from the goddess Isis, and that the reason the earth shook was because Isaiah’s god was angry over the current state Babylon.

2. We can trust that the medical doctors of today, who are trained in modern science and technology, and who probably have a better understanding of biology, microorganisms, psychology and the human condition than our ancestors did two thousand years ago.

I know which one I would put my “faith” in.

We can all start by standing up for the woman that created us, respecting their intelligence and letting them make their own choices.