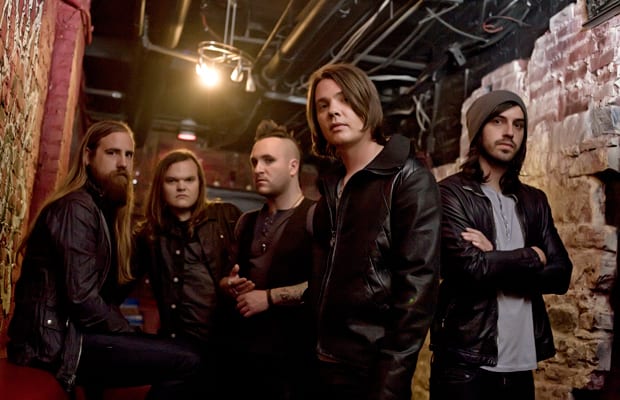 AP and I have teamed up to start a new column about being an independent artist in today's music scene. This column is directly geared towards musicians and artists, both unsigned and independently signed as well. The simple truth is that it's an amazing time to be an independent artist, and there are a lot of companies and organizations–both physical and online–that are there to help you get on your way. Over the next couple of weeks/months, I will be breaking down what these guys can and can't do for you. Some of these initial steps will be obvious to veterans at first—but keep in mind, not all musicians are on the same level of awareness. So, as we progress, we'll get deeper into what steps you can take, based on your situation.

In addition, I'll also be answering your music-industry questions. Leave your questions in the comments section—and check out my next column to see if yours was picked!

Building a band and getting started

Remember, this is for kids who want to start a band, not a pop act, soloist or a built project. This is definitely one of the most crucial steps: assembling band members. I think it's first important to realize a few key things:

1. People learn at different speeds.
2. People have different levels of skill on their particular instruments.
3. If you’re going to try to use personal friends, expect drama eventually. (Still, I say it's worth it in the end.)
4. Most physical attachments will be in question, so pick people who are willing to sacrifice anything they don't need to survive to play music.
5. Most importantly, surround yourself with people that are musically equal—or greater to—your own talents.

Next, you want to get the right gear. Used is always the best in the beginning stages, because your musical taste will change as you grow. (Maybe the instrument you play [will change] as well—when we first started, I was the drummer!) It is also important that every member does their best to provide their own stuff; this keeps things even and prevents possible conflicts later. A jam PA is also a must if you really want to succeed—the closer you come to creating a live-venue sound in your jam space, the better you will perform live when given the opportunity.

Once you have acquired members, gear, a spot to play and a vibe, the next step is simple: play every day. I can't begin to tell you how many bands I've met who practice only once or twice a week. Whether it's jobs, love life, parents, school or whatever else it is that's keeping you from playing at least five days a week, then remember: If you can't play with your band, you should practice all of the time. Practice does make perfect, as they say.

As sad as it sounds, I can literally say me and my bandmates starved to get a shot at being a noticed, respected local band. That's what it takes—unless you have a handout, some kind of relative in the industry or blind luck. None of which applied to us. It is possible, but it's not easy, and we are only getting started…