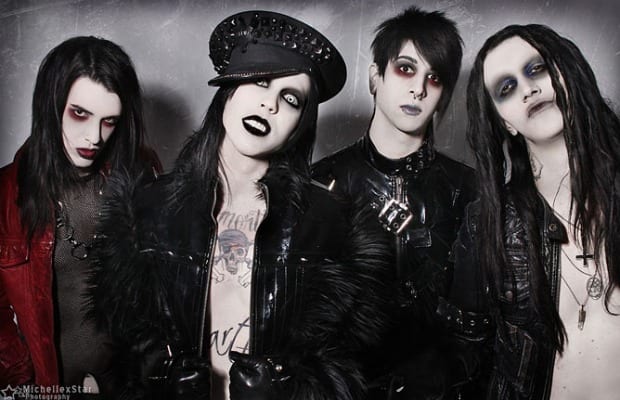 Hate is nothing new to me. I have been dealing with it all my life. I was attacked mentally and physically starting at a young age. I remember being the punk kid at summer camp and trying to sleep with my eyes open because my cabin mates would beat me while I was sleeping. However, as most of you know, this was a near-impossible thing to do. I developed a major chip on my shoulder after this experience and decided I would never let anyone put their hands on me again.

In high school, the hate got progressively worse. I remember fighting my way through each lunch period because I dressed different and listened to “rock” music. This all led to being hated and feared. When you mix fear with hate, people view you as the plague—and let's just say the whole experience changed my life. As history points out, this mixture of fear and hate spawned such horrifying events such as the Holocaust as well as ethnic, racial and religious genocide.

The last five years have spawned a new kind of hate due to the rise of social-networking sites and online popularity contests. It's sad to think people have actually died from such ridicule from people they haven't even met. Some people shrug off the attacks and some take it to heart. However, everyone knows what it feels like to be hurt by hate. From the moment I started my band, I have been hated. People didn't like the makeup I wore, and some hated the fact that I used effects on some vocal parts. It didn't matter that bands have been wearing makeup since the late ’70s, and half of the Top 40 artists on the radio were using vocal effects. I was targeted because they viewed me as different and a threat.

I have been asked by many fans, “How do you get through it?” To be honest, it took me a long time to harness the negative energy and make it positive. My family did their best to help me; however, the turning point for me came during my recovery from a near-fatal van accident. After a long stay in the hospital, I was released by the doctors to go back home. I remember looking into the bathroom mirror with my jaw wired shut and half my teeth missing. I remember choking on globs of blood while I tried to sleep and wondering if anyone would ever look at me the same again. It was a low, horrid period in my life, one that seemed endless. However, during that period I realized the only one that could change the way I feel is me.

I have used this strategy since that time, and it has helped me through some really tough times in my life. When someone says to me, “You're a faggot for wearing makeup,” I just revert back to the mirror. I tell myself it could always be worse—and within two minutes, I turn that energy into a positive one by writing lyrics about how I feel. I have learned to laugh off the hate and harness it.

So many kids at shows tell me heartbreaking stories about hate and I do my best to give them advice. The reason I am writing this essay is to help the ones that can't handle the stress being inflicted on them by hate or cyberbullying. Remember, you hold the key to your own destiny, and nothing should ever stop you from achieving your dreams. Never stop being who you are! People are scared of “different”; however, that doesn't mean you should change to accommodate them. I am proud to say that i addressed the issue of hate on our new, upcoming record, along with other controversial topics that I hope will open people’s eyes. Ultimately, I want to relay the message to stand strong and fight for what you believe in. If you’re being bullied or receiving online hate, make sure you tell somebody you trust. Together, we will open people’s eyes and make a positive change.