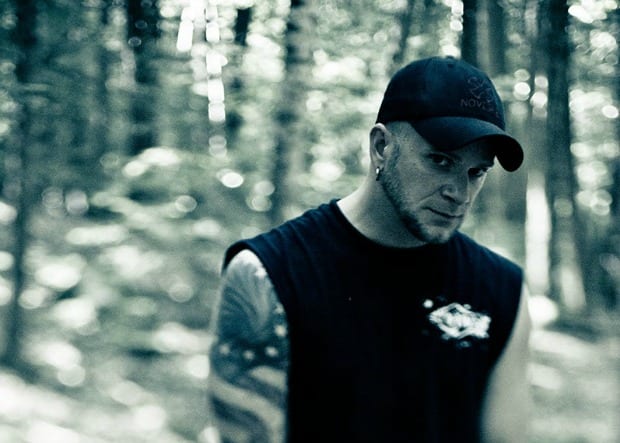 When PHILIP LABONTE, lead singer of ALL THAT REMAINS, wrote an Op-Ed for AP on the right to bear arms, last week’s shooting in Colorado had not yet happened. The Op-Ed was set to run in an upcoming issue. However, in light of the horrific events, Labonte revised his column in order to address last week’s tragedy.  His position hasn’t changed: He still believes Americans have a right to bear arms. Whenever there’s a shooting of this scale, the ongoing debate over gun control comes back into the national spotlight. But amid all the arguing and finger-pointing that always accompanies a topic this controversial, Labonte offers a thoughtful look at the Second Amendment and what he believes the words directly state.

In light of the tragic events in Aurora, Colorado, and at the request of Alternative Press, I've written a piece on the Second Amendment. Before I go into the discussion, I want to extend my deepest sympathy to the families of those affected by the violent and inhuman acts perpetrated on that fateful night.

While popular opinion is that these horrible acts are a uniquely American problem due to the liberal gun laws we have, I submit that it is a problem worldwide. July 22 was the one-year anniversary of the massacre in Norway—a country with very strict gun control laws—perpetrated by Anders Breivik where 77 people (mostly children) lost their lives. In June, there was a shooting in a Toronto mall where one man was killed and seven others injured. Again, a country with strict gun regulation. There was also the March 11, 2009, shooting at the Winnenden School in Winnenden, Germany, leaving 16 dead and 11 injured. Germany also has strict gun regulation. There are violent and mentally damaged people all over the world. If they are looking to harm innocents, they are going to do it, regardless of law.

A lot of people have a misconception about what the Second Amendment means. Adopted Dec. 15, 1791, the Second Amendment’s purpose was to ensure tyranny would not take hold in the United States and that a truly free people had the means to defend themselves from those that would use force against them, whether that force be from an invading army, a criminal trying to steal private property or a government who would subjugate its people.  I'm going to go through what the founders meant, what the Supreme Court has found and how it has been gutted over the years. Let’s start with the text:

A well-regulated Militia, being necessary to a free State, the right of  the People to keep and bear arms, shall not be infringed.

The framers of our Constitution did not believe in standing armies. They believed that a free people had the right and responsibility to secure their own safety, property and liberty. America had just fought an eight-year war against the British, the strongest military on Earth. They came close to defeat many times. They understood that had they not had weapons to defend themselves, the Revolution would have been crushed. While it is true the United States had allies in France and the Netherlands, the ability of the individuals in the colonies to defend themselves in the early phases of the Revolution came down to one thing: They were armed.

People who are pro-gun control often say that individuals do not have a right to be armed and the Second Amendment was intended only for the militia. That is a gross misinterpretation. That point was made clear on an individual level in 2008 with D.C. v. Heller, and in 2010 with McDonald v. Chicago.  Both decisions upheld the individual's right to possess a firearm on a federal and state level. Combine that with the fact that the Supreme Court has ruled time and time again that the police have no constitutional obligation to protect an individual. (I believe this is primarily to prevent liability suits) and it is clear that it is an individual’s responsibility to secure their person, family and property. Without a means to protect these things, one is at the mercy of an aggressor and consequently, deprived of liberty.

There are plenty of clichéd pro-gun slogans that do not give adequate reason for why the Second Amendment exists. While these slogans may look good on a bumper sticker, they do little to support the right and responsibility of an individual living in a free society to protect themselves, their family, property and community. Furthermore they tend to make people with an anti-gun bias shut down and label an individual as a “gun nut” or a shill for the NRA. While an argument can be made that I am the former, I could in no way be thought of as the latter. In fact I do not think the NRA does enough because they tend to only engage in fights they believe they can win.

It is clear that people who would seek to outlaw all guns are a tiny minority, and the overwhelming population believes as the Supreme Court has decided, that individuals have a right to carry a firearm for self-defense. So the question remains:  What, if any, arms should be outlawed or regulated? By the letter of the Second Amendment, the National Firearms Act of 1934, the Gun Control Act of 1968 and the Hughes Amendment to the Firearms Owners Protection Act of 1986 all infringe upon an individual’s right to keep and bear arms by limiting or restricting what an individual can possess. The Second Amendment does not say “firearms”; it says “arms” meaning weapons of any kind. Requiring a tax stamp, fingerprints or paperwork to own anything under the National Firearms Act (short-barreled rifle, short-barreled shotgun, silencer) not only violates the Second Amendment, but it violates the Fourth Amendment’s Right to Privacy clause as well. I believe that anything the U.S. military or a contractor to the federal government can own, a private individual should also be able to own.

It is clear that we live in a police state. The National Defense Authorization Act, the Patriot Act and the Transportation Security Administration all prove this. I know everyone will not agree with my opinions, but my facts are sound. The Second Amendment is a right that was given to us to prevent the federal government from becoming tyrannical. Proponents of gun control would do well to learn the history of gun control and the terrible tragedies that often follow the disarming of a population.