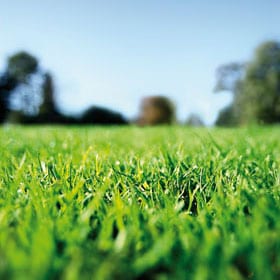 So this is kind of a very special blog.

I know this has absolutely nothing to do with music and not even anything to do with fantasy football.
But I received some sad news this evening and I figured that I would completely exploit my blog as a means of catharsis.

My family dog Benji, who I've known since I was 14, passed away.
I don't know if many of you are aware, but I actually got my start as a professional journalist by writing obituaries for my local newspaper. Yes, it is as glamorous as it sounds.
Although I swore I'd never write another obituary when I moved on from that job four years ago, I kinda feel like I have to write one more.

Benjamin "Benji" Karan, 16, passed away Tuesday, October 28, 2008, in Pennsylvania, after a lengthy illness.
Benji was a Cocker Spaniel, although when strangers would inquire as to his breed, the eldest Karan son would often reply, "Yellow" (because he never really delved into Benji's ethnicity because he didn't want to pry into his personal life).
In Benji's younger days, he was very active in his community–barking at nearly every stranger within a four-yard radius. He enjoyed chasing most smaller animals, pooping in the least opportune places possible and squeezing through holes beneath the fence. He was also an avid ball-catcher, which in his later years, gave way to watching people throw balls in the air for him to catch, not moving an inch and then staring at the thrower with ambivalence.
Benji was a compassionate and loving dog, and throughout his first 10 years, one couldn't enter a room he was in without instantly discovering tiny paw prints on their shirt. He was a great listener and sat up many late evenings when whichever Karan brother returned home that night lamenting the tearful loss of some girl whose name they likely don't even remember now.
His favorite thing, however, was circling the dining room table (quite vocally) during meals, locked in an eternal struggle to find table scraps.
Benji withstood the constant addition of more animals to his household and, although often provoked by belligerent kittens, never resorted to violence. Benji was a pacifist, or at least too busy thinking about table scraps to fight.
He is survived by the Karan parents, their three sons and his reluctant life-partner Smawlz ("Kitty") the cat. He was preceded in death by Margaret "Maggie" Karan the cat, who on the surface didn't care for Benji, but underneath, held a lifelong respect for him and an admiration for his ability to get pretty much whatever he wanted from the Karan matriarch.
He will be missed more than he ever could have realized–mostly because he would likely be too preoccupied staring at the piece of pizza perched precariously near the table's edge.
In lieu of flowers, please donate table scraps to the nearest puppy. Yeah, it might seem like the wrong thing to do, but a few french fries here and there are a fair exchange for a lifetime of dedication and unconditional love.