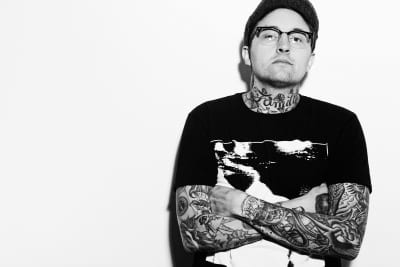 You may have been noticing a lot of small record labels reissuing classic albums on vinyl from all sorts of huge bands and major labels. Curious how this is handled—or should be handled, at least? Typically, a label would contact the band first to get their blessing; afterward, they would contact the company that owns the masters and work out a license with said company to be able to release the reissue on vinyl. A license is basically the terms that are agreed upon between the two parties that outlines all aspects of the reissue and states that it is a proper release and is authorized. There are also times where the band still controls aspects of a release and the license is done through them – that is what we did when No Sleep Records reissued the classic Coalesce album Give Them Rope on a double LP.

Now, have you heard of an “authorized bootleg” before? Sounds weird, right? Well sadly, that has become all too prevelant in recent years. But what does it mean? Basically, a company gets a license for an album from the label that controls the masters for the album in question and then releases the record. Sounds kosher? Well no, because sadly, some companies skip the part where you find out if the band actually want you to release it—or for that matter if they want anyone to release it.

Sounds like something that shouldn't happen, right? Unfortunately, this is something that does happen, and quite often—in fact, there are companies out there that strictly release these so-called “authorized bootlegs,” never bothering to get an artist's permission before profiting off of their work. Many times, the members of the band will not even know about the reissue until you, the consumer, do. Sometimes the band will already even be talking with a label they want to release the album through, and then said label contacts the master rightsholder to find out another company has already secured the license. (There are some cases where i think this is acceptable, which I'll cover later.) This is something that has happened to many of our friends lately, and us as well.

Maybe your outlook on this is, “Well, the band still get their royalties for it, right?” In reality, they likely won't—and if they do, it will be a very long time from now. Most of the master rightsholders out there (typically major labels with incredibly deep back catalogs) do not even know what is in their catalog until someone brings the release/artist up in question. This is understandable: Many of these albums getting the vinyl reissue treatment lately were created by niche bands at best, with low record sales for major label standards, and any income the release brought into the label has likely long since dried up. Not to mention major labels control the masters to thousands of releases from all genres, and frequently acquire back catalogs of other labels, too. It's understandable that they can't keep track of random releases all the time. The type of company that actually gets a band's blessing/approval to reissue an album usually finds a way to sell something in addition to the reissue that would actually will bring some royalties to the band every accounting period, that is outside of the master rightsholders reach (i.e. shirts, posters, stickers, etc.).

With all that said, there are some instances where I think an “authorized bootleg” is acceptable. Weird, right? How can this be? An example would be that sometimes there are certain records from artists that just do not get along—you may get the guitarist's blessing, but he doesn't tell the rest of his former bandmates. This is a very common thing—friendships do not always last forever, and business can get in the way sometimes. So all you can do is take the blessing you have and hope for the best in the end.

Now this could just be me, but none of these “authorized bootlegs” feel right to me. The purpose of this piece is to educate the masses that things like this happen. Hopefully, if the word spreads, the companies in question will contact bands to get their blessing—and if the band choose not to give it, the company will let it be.

Oh, did we mention we are working on our second classic reissue? And yes, it is approved and blessed by the band. Stay tuned for details on this.

Thank you for your consideration.

This piece was inspired by the recent events surrounding the double licensing of Handsome's self-titled album, both by California-based independent record label 6131 Records as well as New York-based online retailer ShopRadioCast. Below is a quote from Handsome guitarist Peter Mengede regarding 6131 Records' reissue of Handsome's one and only full-length:

“The Handsome album has come full circle with the 6131 vinyl release. From germinal ideas swapped on recycled cassette tapes and workshopped on Tascam four track portastudios in cramped Brooklyn apartments, to Beltane and Sup Pop 7 inches, through to major label backed studio recordings in Seattle, it's nice to see us back where we began, on vinyl and once again independent.” 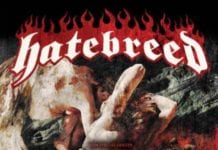