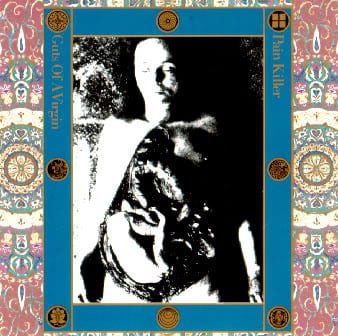 When discussions ensue about alleged extremity in the current scene of Loud Music Played With Guitars (that phrase sums up everything nicely, doesn’t it?), the same buzzwords and phrases inevitably crop up. “Heavy.” “Totally sick.” “Intense.” “Punishing.” Granted, nobody uses those terms to describe Taylor Swift, Nickelback or Susan Boyle (although I personally would go with “punishing” in a hummingbird’s heartbeat). Bands go to great lengths to convey the type of sound that’s a million parsecs away from the stuff you see on America’s Got Talent. Let’s see, there’s tuning to drop-G, sacrificing your throat lining to the screamo gods, ramping up to 300 bpm, putting some bloody-internal-organs imagery on the cover… Damn! I think I’ve just inadvertently described the last five years of mail I’ve received.

Because I like to play Devil’s Advocate, let me ask both bands and fans: When trying to convey exactly how “sick,” “punishing” or “extreme” your favorite noise is, how far is too far? The death-metal guys like to mire in the gore, but most of the time, the shtick is one trip to the butcher shop short of making me take a hit off my asthma inhaler from the hilarity.

But consider the case of the band Painkiller, whose first album (pictured above) for the legendary metal label Earache, Guts Of A Virgin, was banned by British law enforcement because it featured a real honest-to-God autopsy photo of a pregnant woman who committed suicide. That’s just rough in any culture’s values, right? On a similar tangent, the extreme power electronics band Whitehouse built their reputation on ear-piercing noise and psychosexual invectives that sound like chat overheard during varsity date-rape team meetings. I remember being nauseous upon hearing “Private,” a track from their Mummy And Daddy album that is a sound collage of interviews with people who have been raped, tortured, abused and/or forced to watch said acts.


Earlier this summer, my fast buddy Mark and I went to a chain bookstore to buy some mags and hang out. At the coffee counter inside the place, a young woman—who may have had some form of Downs Syndrome—was on the floor, screaming at the top of her lungs as all of the patrons stood by shocked. A couple of full-on high school “mean girls” were laughing their heads off and pointing at the woman, who clearly had no control over her mental situation. Mark rolled up to the girls and said casually, “You ought to thank God every day of your lives that, given your behavior just now, you are somehow perceived as ‘normal.’” They glared at him and went back to cracking their gum and cackling. (I’m not even going to tell you whose t-shirt one of the bitches was wearing, but I did roll my eyes and think to myself, “Figures.”)

The whole event—the woman, the bitchy teens—made me wonder about the cultural climate of eroding sensitivity. Where do we draw the line? If Babyeaters Inc. want to record a mentally disabled woman having a breakdown for a vocal track on their next album, are we okay with that? What if the band gave her the standard studio-musician fee for her contribution to the record? Does that make the art any more palatable? We all want something that’s “intense,” don’t we? I’m drawn to all of those reality television shows on hoarders, but I can’t help but think I’m watching helpless people being exploited beyond belief, even if some rehabilitation kickback money was being passed around.

I’m not trying to make a statement: I’m trying to get a barometer for what’s “cool” in a music scene where everybody has to prove they’re the baddest/sickest/heaviest entry in the extreme music sweepstakes. Or is all context? Years ago, one of the supermarket tabloids ran police photos of the Columbine killers lying in pools of their own blood as some sort of cautionary warning to other young people socially disenfranchised by teachers and high-school football athletes. Did it work? Or does the image merely look “suh-weet” in the collectors edition of Babyeaters Inc’s new box set, which also features a DVD with footage of animal cruelty, dead and maimed soldiers and violent rape and murder scenes? Just don’t tell me when the pre-order starts…