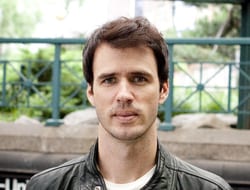 I'm reading a book called The Fountainhead right now. Ayn Rand wrote it, and it's blowing my mind. (As a sidenote, if i finish it, it will be the longest book I've ever read.) There are two main characters, both architects,  though they do it for very different reasons. One, Howard Rourke, is an artist. He dreams of the buildings of the future, buildings unlike any that exist. He knows the gifts of vision and passion, but is forced to face the challenges that come with those. Vision means seeing things before they exist, which means running into folks who won't see what you see, or they tell you it's wrong or simply not possible. Peter Keating gives the speech at graduation. He is the A-student, most likely to succeed. And success is what drives him, though it isn't something self-defined. He wants to be great in the eyes of others, he wants to impress people.

The book opens with Rourke getting expelled from architecture school just before graduation. He is expelled not for drugs or bad behavior. He is expelled essentially because his work—his ideas and designs—are too radical. He is asked mostly to recreate the greatness of centuries before, to do what's been done. But in that request, he is asked to be something he's not. And his heart, his gift, is too strong and too sacred. He won't trade it to please people, especially people he doesn't respect. The work is deeply personal for him. It is not for money, not for others, it is an extension of himself, and with that, it must be true.

I used to worry a lot. When I was younger, I worried about the future and money and girls (especially girls). And then when TWLOHA started to take off, I worried about how to keep it going and how to make it last. People said it wouldn't, so i worried about that. Growing up, I always got along with everyone and had very few enemies. So it was weird when, as TWLOHA began to build and grow, that people I didn't know began to say ugly things online. They said I was in it to be cool, in it to get rich. People I thought my friends recycled rumors. In short, I saw the best and worst of the internet and the best and worst of people: passion and communication, cynicism and hate. And in this scene, if you want to call it that, I feel like i've seen the best and worst of it as well. We've been embraced—this is our fourth summer on Warped Tour—and we've had the privilege of sharing our message on tours with Anberlin, Bayside, Switchfoot, the Rocket Summer and the Almost. The fans of some of our favorite bands have become believers in the work we do. And then, at the same time, we have our critics. People love to speak hate, love to be cynical, love to tear down the thing that rises.

It used to bother me a lot, used to steal my sleep, when people would say mean things or things that weren't true. I didn't understand it and it hurt my feelings. But I've learned to focus on the work and the heart of the matter—the people in the balance. I can't control what people think, especially people who say things without even bothering to look at our website. Is the work authentic? Is it poetic and hopeful, creative and brave? The blogs: Do they move people, do they serve to walk people back from edges, do they point to hope and help? Are we being careful with the money that we raise, spending it wisely and doing as much good as we can with it? These are the questions that deserve my attention and, thankfully, I am not alone in those questions. There's a whole gang of us answering them every day.

In the process, I am more and more aware of my own story. I'm facing my own questions and struggles, wrestling my dreams. My hope for both of us, for you and I alike, is that we won't settle; we won't walk away from what we love because it's too hard or because people are mean or don't see what we see. Whether it's songs or sales, or you want to be a doctor or a teacher, in life and work alike, I hope you get to do the things you love. It's easy to be a critic, easy to tear things down, easy to be blind. It's a braver thing to build, to create and to surprise.

We're more than four years into TWLOHA now. The time has flown by and the story still surprises me. I meet people who say, "Your website saved my life" and it's them that keep me going, keep our entire team going. We also hear the whispers, things like, "They don't actually help anyone." I can't say why it is that we do one work but then that work is met with two very different responses. Some see it, some believe it. Others call it crap. But i'm learning more and more that some of those folks, the meanest loudest ones, they've never even been to our website. They don't want the truth, they just want to break the thing that rises. With that, I'm learning to ignore them, that this is not for them, it isn't theirs to steal. We do this work, we build this thing, because we believe it to be true, because we know the need is real. Because people walk alone, people live in pain. People choose to die or they live lives without living. TWLOHA is for them, built with hope that they would find a hand to hold, something real and something true.

I am early in The Fountainhead, still a lot of pages left, and I hope the same is true in my own story. Perhaps you can relate to feeling in the middle and with questions in the air. I don't know about you, but I hope to live a good story, to see things invisible and watch them come to life. The critics will probably always be there, calling us crooks or fools, but we should just keep going. They can't see what we see and they are not the thing that drives us.

I'll leave you with this from Rourke's hero Henry Cameron, who he eventually works for: "You love your work. God help you, you love it! And that's the curse. That's the brand on your forehead for all of them to see… The substance of them is hatred for any man who loves his work. That's the only kind they fear."

It's better to be true than to be cool. Be yourself. Do what you love.