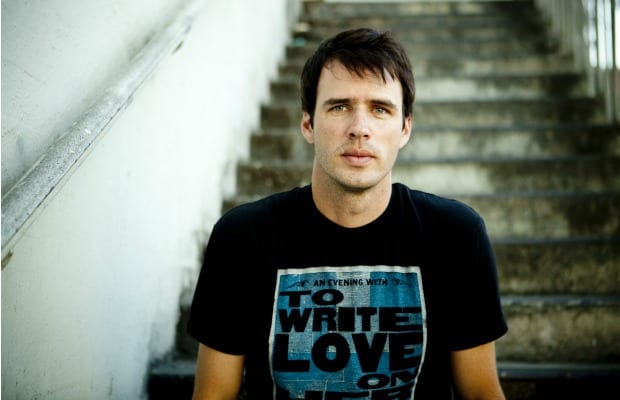 [Editor’s note: To Write Love On Her Arms is one of 25 charities competing in the American Giving Awards, a Facebook-driven voting contest which honors previous winners of Chase Community Giving. TWLOHA is competing against four other charities in their category; the top vote-getter in the first round of voting—which ends Wednesday, October 5, at noon EST—will move on to the final round and automatically win $125,000. The grand prize in the final round is one million dollars. To vote, go here.]

We were born at a concert. It was an attempt to help a friend, and it was an attempt to tell a story, but everything changed when friends started lending us their stage. It started with Switchfoot and Anberlin, then Paramore, Underoath, Thrice, the Rocket Summer, Bayside and more. Bands in curious black T-shirts, their fans asking, “What do those words mean?”

To write love on her arms. The words were a goal, an attempt to replace the awful word our friend had cut across her arm. She was not a f*ck-up. She deserved hope and healing. She deserved sobriety and the chance for things to be new. We were believing that a better life was possible.

We made a MySpace page (this was 2006, people were on MySpace) and the folks from shows found their way to the page. We learned quickly that the story we were telling was connected to one much bigger. The story of our friend was the story of people all across the planet. Messages poured in and we heard about loved ones lost to suicide, people struggling with depression, families facing the weight and pain of addiction.

We worked to serve as a bridge to resources where folks could get help. We worked to invest in those resources. We responded to every single message, doing our best to let people know they were not alone in their stories, not alone in their questions and struggles. We suggested stories matter—every one, even yours right now. Add it all up, and it’s nearly 200,000 messages from more than 100 countries. One million dollars to treatment and recovery.

Right now, TWLOHA is one of 24 charities with a shot at winning one million dollars in the American Giving Awards presented by Chase. It’s pretty incredible to think about. What could we do with a million bucks? How much good could we do? How creative could we get in bringing our message of hope and help to people everywhere?

We want to go back to the start. Back to the shows that mean so much to us. There is something special about a room filled with people and music, something in a song that makes it feel like a friend, something that says, “It’s okay to cry, it’s okay to feel, it’s okay to scream.” Music reminds us we’re alive.

For me, the brightest moment in this surprising journey would be HEAVY AND LIGHT. HEAVY AND LIGHT is my all-time favorite thing. It’s an evening of songs and conversation, the music we love mixed with stories of hope and healing in between. And every night, we hand every single person in the room a list of local resources, places they can get help in their own community. In addition to funding treatment and investing in programs such as student-led chapters on college campuses, we want to bring HEAVY AND LIGHT to cities across America and beyond.

Your vote would help us bring hope and help to people facing depression, addiction, self-injury and suicide. We’ve learned that most people who need help don’t get it. So solving this problem of pain is not as simple as writing a check for treatment or counseling if most people never go. We have to meet them where they are—online, on campus and at their favorite venue. It’s been a surprising story so far. Please help us write this next chapter. And please remember that you matter very much.

**********
To vote via Facebook,“like” Chase Community Giving and then vote for To Write Love on Her Arms. Learn more about TWLOHA by visiting www.twloha.com