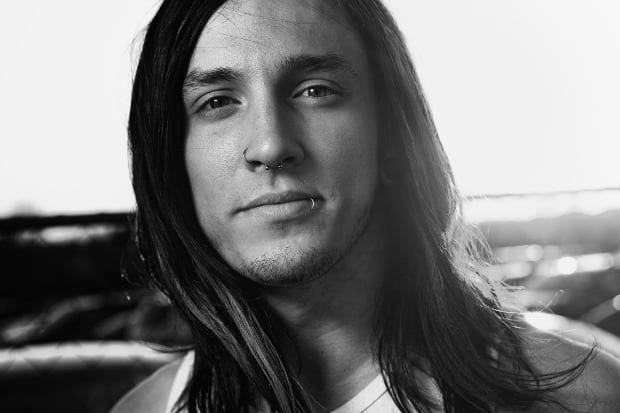 So you think you want to be a rock star?  I mean, why not?  It seems glorious: the endless nights of partying, the girls, the screaming fans. Is that really what you want?  Is that why you want to be a musician? For me, it's far different.

I grew up going to a small school with a divorced family and not a lot of money.  My favorite dog died.  Sounds like the start of a country song, right?  My point is this: We come from all walks of life but most aspire to be something great.  A doctor, a lawyer, a sports star or a rock star.  Rock star is definitely top five, and while they probably don't always admit it, I'd venture to say that those doctors and lawyers still have daydreams of being on stage for thousands of fans.

My job is the greatest job on the planet.  I get to sing for a living, along with making other noises most people over the age of 30 require earplugs to endure.  However, neither girls, drugs nor alcohol paved my path to where I am now. I wanted to make a difference.  I wanted to impact people's lives, just like I was impacted by music as a kid going through the trials of life.

For many, the idea of a rock star is to be mysterious or larger than life. Some are this way naturally, and some do a great job at pretending. While there are many frontmen out there drinking and doing drugs to the point where it affects their performance, I'm busy taking care of myself mentally, physically and emotionally. Those things are important if you want to be a strong frontman.  I have the drive to be the best, to be consistent and to give our fans a show worth the money they paid and more.  Without that drive, you're not a “rock star” in my book.

I've chosen a different route and a different formula.  I believe musicians have the ability to do great things.  We're in the public eye, so why not use that for something positive?  When you're 40 years old and looking back on your career, do you want to be able to recollect only a fourth of your experiences?  Or would you like to look back with countless stories of how someone came up to you and told you that you saved their life, made it possible for them to overcome an obstacle in life, or how you inspired them to become a musician, as well?

I believe remaining humble and appreciating the fans (who, on all accounts are the reason for our success as musicians) is the only way to be.  I've struggled at times, wondering if maybe it would benefit my band as a whole to distance myself from some of the ideals I hold true.  Then I remember how my parents raised me and how my grandparents would remind me, “You're a Smith—act like one” if I ever got out of line.

You see, for me, being “normal” is the best success story there is.  I'm just a normal dude who happened to have the balls to get in a van one day and start touring.  That mentality to just “get in the van and go” is what has carried me this far, so why give it up now?  I understand the phrase “to each his own” comes into play here.  I just feel that as musicians, we aren't gods put on this earth for others enjoyment. We are people who love music and want to continue the cycle of musicians making music for the passion, not the payout.

I'm a normal dude from Kettering, Ohio. I couldn't scream when I started. I could barely play guitar, and I had only really sang in a school choir (mostly because of the girls).  I want to remember that when I'm on stage, whether it's for 50 people or 50,000.  I'm just like you, and I think that's what all “rock stars” should remember. Because what is success without appreciation?  What is success without the knowledge that at any given moment, it could all be over? I know that for me, I will never take one moment for granted on stage as long as I'm blessed with the opportunity to do what I love.