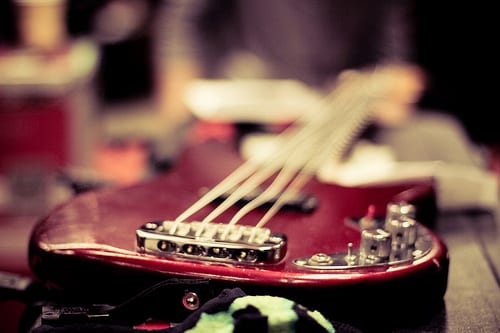 The On Your Side Tour has only just begun and we are already having a blast. The bands are great, the shows are great and you must try the Sprite®.

The first day was in Poughkeepsie, NY — the birthplace of the sushi/burger fast food combo. On our way up we saw this really sweet van and decided to just use that instead of our old van.

It has crazy martial arts guys on the side and it also came with tons of nun chucks, throwing stars and 1000 signed Arnold Schwarzenegger head shots.

Dan and I were particularly impressed by the handle (apparently).

George was furious. He is a conscientious objector to violence of any type. We somehow convinced him to go with it but this was his initial reaction. What a softie!

Dan didn't care, he was just laughing at birds.

Here's a car we found in the parking lot with our logo that we ALMOST used as our tour vehicle, but somehow the karate van (now nicknamed “The Dojo”) seemed more fitting. So George and JD just decided to hold it down in front of it instead. They were like this for at least 15 minutes.

The first night of tour is always a little bit weird. We hadn't been on tour in a while so we didn't quite know what to do. JD stared at this cable a while trying to figure out what it was. Shane was staring at the kids trying to figure out if they were part of his family. This is actually a movie clip, to show how still they really were being, just trying to figure this stuff out!

Eventually we figured out that the people in the room weren't our family but here to see us play and that we had to plug in those cables to do so. We got it all sorted out and had a grand old time!

Here's a shot of Wapner's back and some t-shirts. He loves to look at them.

Day 2 was officially dubbed “Vinyl Day”. We went to our label's office to pick up our brand new vinyls. Shane thought if he put it up to his hear he could hear it. He said he heard it playing, but I couldn't when I tried.

Here's George modeling the back cover for you all.

We decided to hand number each of the covers, here's the little workshop we set up right in the middle of everyone's way. We hoped that if we made people trip over us they'd notice our vinyl's and buy one. But as you can see by the guy in the back, we just got looks of disdain and lots of “Get the F out of the way”s shouted at us. Also, George and I went through 6 pencils during this process.

Here's a shot of our new friend Nick Santino, the lead singer of A Rocket To The Moon. They are our tourmates for the next couple of months and we are so stoked to be out with them. He's a rad dude and he wears cool hats. I'll try to investigate more facts for you all soon.

This word describes this tour so well. Oh what a luscious tour. That's what we all keep saying.

The happiest anyone has ever been on a flip phone!

Just hanging out by a wall.

George attempting to back out of the hotel. He thought that position would help him drive better. It definitely did.

Shane was loading in his road case full of Laser Discs®. He has a vast collection of Laser Discs® and refuses to convert to DVDs. I can't blame him. That's some high quality! Also he has all of Pauly Shore's movies on that format and who wants to re-buy all of that??

Anyway, you can obviously tell that we're having a blast. Thanks for checking out the blog and we'll be keeping you updated on everything that happens with photos just like these so keep checking back!