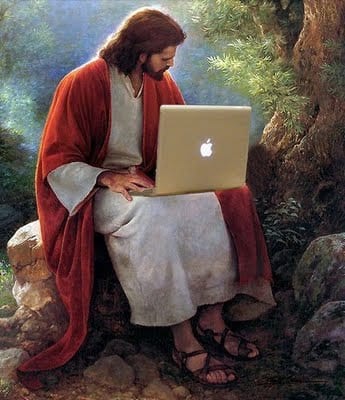 I've got an attitude problem. Believe you me.
I’m cynical, I’m jaded and I instinctively expect the worst in people.
I blame it directly and indirectly on student loans, 15 years of girls systematically breaking my heart and the success of Two And A Half Men.

But when I go into the comments section of any story posted pretty much anywhere online, I feel like a tiny, shiny, glittery unicorn captured in a jar.

Listen, the internet is a wonderful gadget. I thoroughly enjoy its fantasy football, celebrity nipslips and the fact that it keeps me employed. But at the risk (complete certainty) of sounding like your weird Uncle Stewart, I remember a time when the only way you could get anyone to listen to your disapproval of anything on a global level was to type up a letter to a magazine or newspaper, sit patiently for six to eight weeks and then hope that your ramblings made it through three layers of editors into print. And by then, you’d long forgotten what had pissed you off in the first place. Now all you have to do is hit “reply," then make some Pizza Rolls.

I dunno. I’m not a scientist, but it seems to me that the overwhelming majority of the comments online are negative—if not overtly confrontational.

I think Kevin Smith actually captured this whole phenomenon pretty succinctly in Jay And Silent Bob Strike Back. Although he was lashing out at his own online movie pseudo-critics, the basic idea still applies to the music scene:

With the re-launch of Altpress.com, the amount of comments we get on our site has increased like crazy. And that’s more than awesome. We went out of our way to make about 43 zillion different ways for you to tell us what you think about everything. But I’ve noticed that, pretty much like on all other sites, those comments go from constructive to cock-swinging at a staggering pace. I’m talking about faster than at a frat party, son.

I posted an interview with Dance Gavin Dance’s Jonny Craig on Saturday and, well, here are two excerpts from the comment section directed at other commenters. Ahem… (caps lock and spelling errors kept for full resonance): “FUCK YOU COCK SUCKER.” And, “no one respects you or apprecaites your comments.”

Sure, writing about this is drawing attention to these guys, and attention to cyberbullies is like Energon Cubes to Decepticons. But I’m making a point here, people. A point that I hope will present itself to me if I just keep typing.

We actually did a whole story on this kinda thing back in June, just a little while after Circa Survive guitarist Colin Frangicetto made the public rule that the band won’t tolerate unabashed negativity on their site or social networking pages. He blogged, “It is simply us taking action to clear negative energy and bullshit hate mongering within our digital homes. We have always been a band that thrives on love/positivity and are in this game to bring joy to others; so it kills us when people are using hurtful/misogynistic/racist/homophobic language towards each other while supposedly discussing our music."

I guess Colin actually made my point for me. It seems to me like all of this negativity loosely based around whatever moves musicians make is only arbitrarily linked to the music. The ability to be an anonymous asshole is apparently too attractive to resist, regardless of the underlying subject matter. I bet three dollars in cold, hard, American cash that I could create a thread about which primary color is the best and within a few hours, somebody’s gonna tell somebody else to perform sex acts on a goat. And we’re talking about colors here. Primary ones. Not even tertiary. (I’ll grant you that chartreuse is irritating as shit.)

Maybe I’m just overmedicated, but it takes a LOT to get me to directly call out anyone for anything. In the past two weeks, I’ve read comments on my own site that called me a bad journalist from people who misspelled the word “journalist” in the process. That’s fine, I guess. But perhaps everyone should just take a second to think that maybe, just maybe you aren’t right about everything. And definitely, just definitely, people are entitled to disagree with you. There’s no need to go from zero to Mel Gibson in 6.2 seconds just because someone does or doesn't like Austin Carlile.