Tired of waiting for the industry to catch up to them, young women are using TikTok to launch their careers to astronomical success all on their own.

In the age of accessibility, where you now can learn how to produce your own tracks from YouTube tutorials, young women in music are taking their careers back into their own hands. Fading are the tedious mind games from an industry resilient in its sexist ways; no stooping to the “female-fronted” trope to sell yourself or groveling for the same opportunities handed to men. While groundwork has been laid to implement better opportunities for women over the decades, online spaces are paving a way forward for diversification of the music landscape in ways we’ve seen before.

As we brace for Web3, TikTok is quickly becoming the incubator for the music industry’s next stars, fostering diverse talents from all walks of life and garnering them huge success on the 15-second to three-minute video app. Offering a direct line of communication and community with their audience has helped artists be valued for their music and personality rather than gender and looks. Cutting out the callous industry types looking to prey on young, vulnerable women for their own gain in the wake of #MeToo has not exactly been terrible, either.

Mothica, known by her handle @mothicamusic, is one of the many women to be at the helm of her career, her success related purely to her own grind. Though she’d tried relentlessly to break into music prior, moving to New York at 18 and learning how to produce her own music, she speaks today of feeling that “maybe I should do something else.” Thankfully, she never gave up, and when a clip of her reacting to the master of her song “VICES” in her car on TikTok went viral, she was rocketed to success. 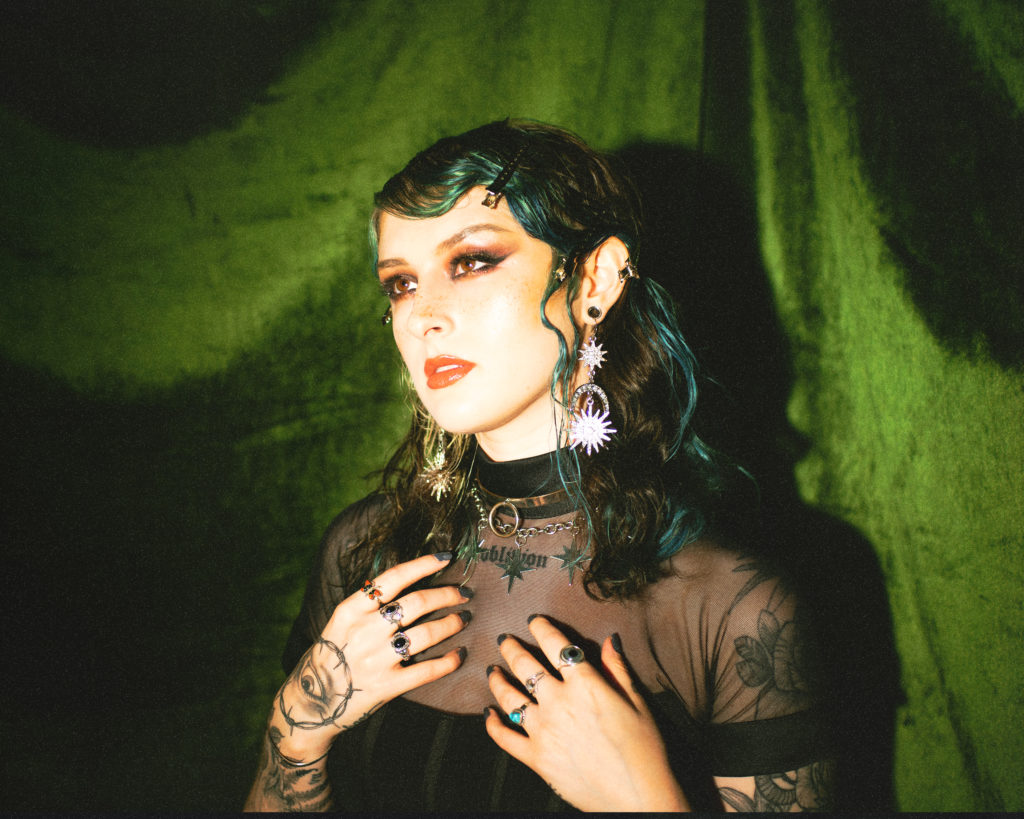 Now signed to Rise Records, releasing a cover of Bring Me The Horizon’s “Can You Feel My Heart” (which earned Oli Sykes’ approval) and playing Lollapalooza and Unsilent Night festivals, Mothica says the most exciting thing for her is that “the success through TikTok is me showing my personality. I really got to be myself, and when I hit these milestones, it was from my work. That feeling is so much better than any amount of money or label offer could have given me. I felt like I really earned it.”

Read more: Tai Verdes on the power of TikTok and why writing is cathartic for him

Baby Storme is another artist taking over the #AltTikTok space. With a whopping 748,000 followers and 12.7 million likes at time of writing, she’s been inspirational in motivating young women of color to not let the industry hold them back. “There was a time where there were people [who] held the keys to the door and someone had to say yes to you,” she says. “As opposed to now, I think I’ve got to a point where I don’t need anyone to say yes to me.” On her TikTok, Storme has expressed that being signed to a label and securing management isn’t the most important thing for an artist — rather, that you build a fanbase first. In one video, she says, “You need your own fanbase, to do what you need to do on your own before any of those people [managers, teams] come to you.”

TikTok is perhaps the best place to foster this community, becoming the most downloaded app on App Stores, and even helping to replenish decade-old songs from artists such as Bring Me The Horizon and Paramore back onto the charts. With audio and video being the frontier of the app, it’s ideally served for musicians to build their community through pushing their own music and engaging in music they also like, and that their fans like too. 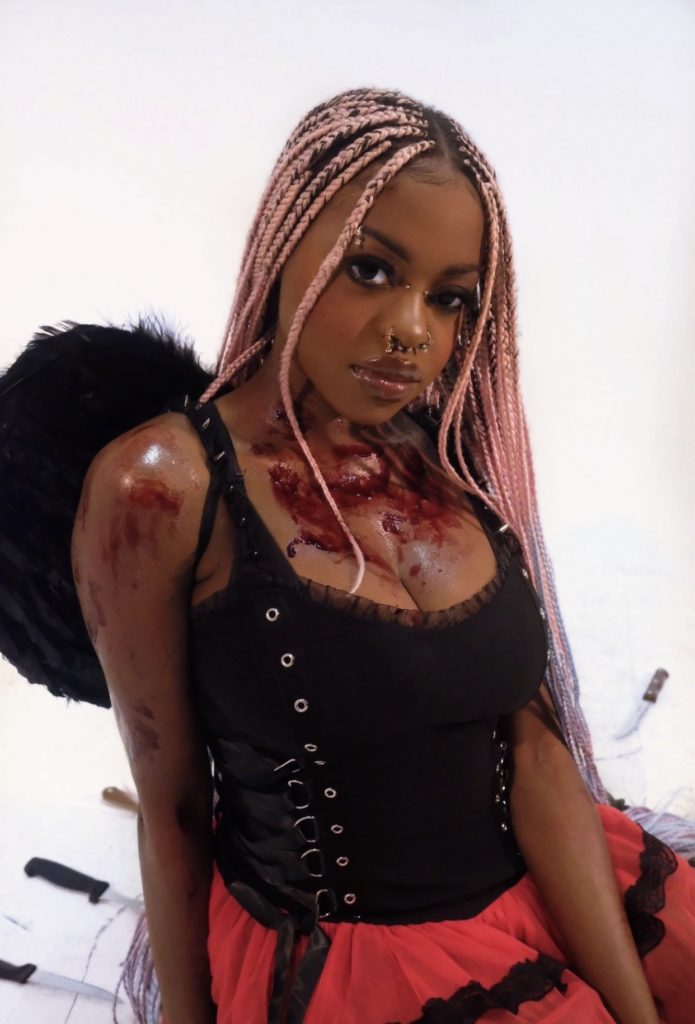 “This is, I think, a very interesting time as an artist with TikTok,” Scene Queen says, better known by her TikTok handle @SceneQueenRocks. Describing herself as “bimbocore,” a hyperfeminine offshoot of metalcore that aims to aggravate sexist gatekeepers, and with only three singles to her name, Scene Queen’s online success landed her a record deal with Hopeless Records and had her tracks played on SiriusXM Octane. “It’s crazy to think about: You have artists like Nicki Minaj [who], at the end of the day for them to really take off, had to get a male co-signer or whatever,” Scene Queen says. “This is me, 100% putting myself out there. No one can say anything about it because I filmed it in my room, and no one was there other than me.”

Previously, Scene Queen had been a songwriter working for others, and before that, she was a dedicated and proud fangirl. “I was, obviously, an emo Tumblr kid,” she says. “My paychecks would go to concert tickets; I was at every meet-and-greet I could possibly go to.” Songwriting, she says, was always previously on other people’s terms, “based on what someone else wanted.” Now, Scene Queen’s music is on her terms. “I’m able to get dressed the way I want to, put that out to my audience and it’s exactly how I want the image to be shown.” 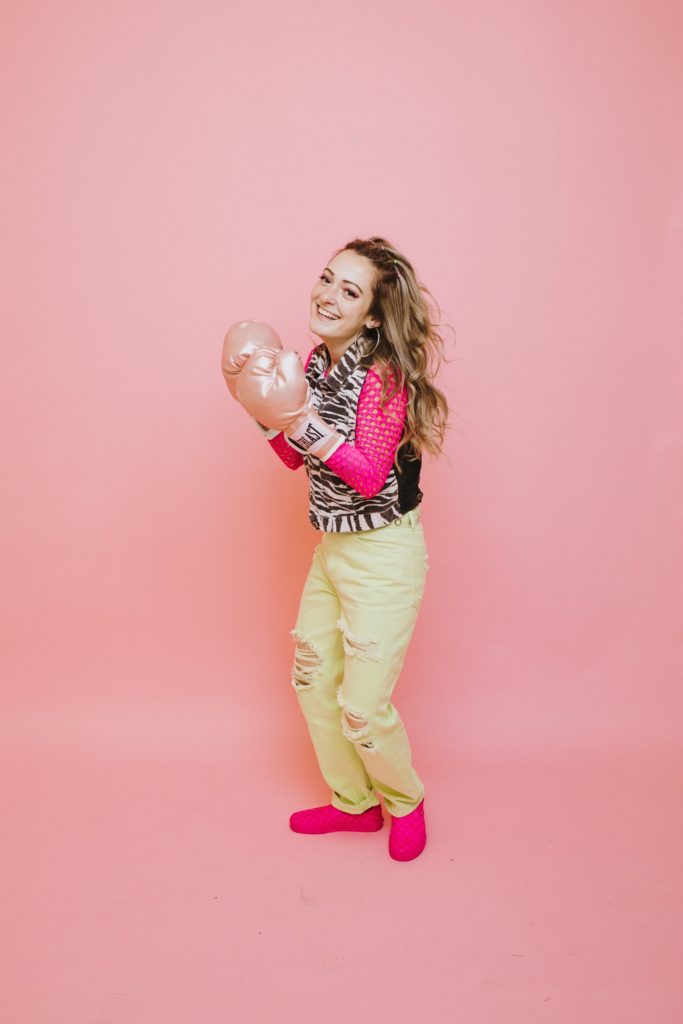 Storme raises a pertinent point, one Mothica can sadly attest to. It’s not been a carefully kept secret that the music industry has a history of abusing its power, the rise of the #MeToo movement and the overwhelming number of stories that came out during that time lifting the veil on its appalling practices. “I didn’t know that the behavior I experienced in the music industry wasn’t normal,” Mothica says.

Though traditionalists might dispute the credibility of TikTok, dismissing “TikTok artists” despite all of the artists mentioned in this article having huge streaming numbers, Storme offers perhaps the most pertinent insight into why people are so interested in TikTok: “I think a TikTok artist doesn’t exist. You wouldn’t look at an artist on Spotify and say they’re a Spotify artist or a YouTube artist. […] We’re moving into a space where people want to see real people. They want to see something organic. They don’t want something thrown in their face or something that was manufactured.”

This story appeared in issue 404 (The Modern Icons Issue), available here or below.