The war of the mice continues. Deadmau5 seems ready for a legal battle with Disney after the company allegedly tried to block him from trademarking his mouse logo. But now, the mau5 has fired back at Disney for using one of his songs in a cartoon, apparently without his permission.

"OK, mouse, I never gave Disney a license to use my track," he said in a tweet, linking to a Disney video titled "Ghosts 'n' Stuff Re-Micks.” The video caption reads: "Enjoy a spooky cartoon Re-Micks to the tune of Deadmau5's 'Ghosts 'n' Stuff,'" perhaps the DJ’s biggest song. You can watch the video in question below.

He then tweeted and showed a cease-and-desist request from his attorney to Disney, regarding the video: 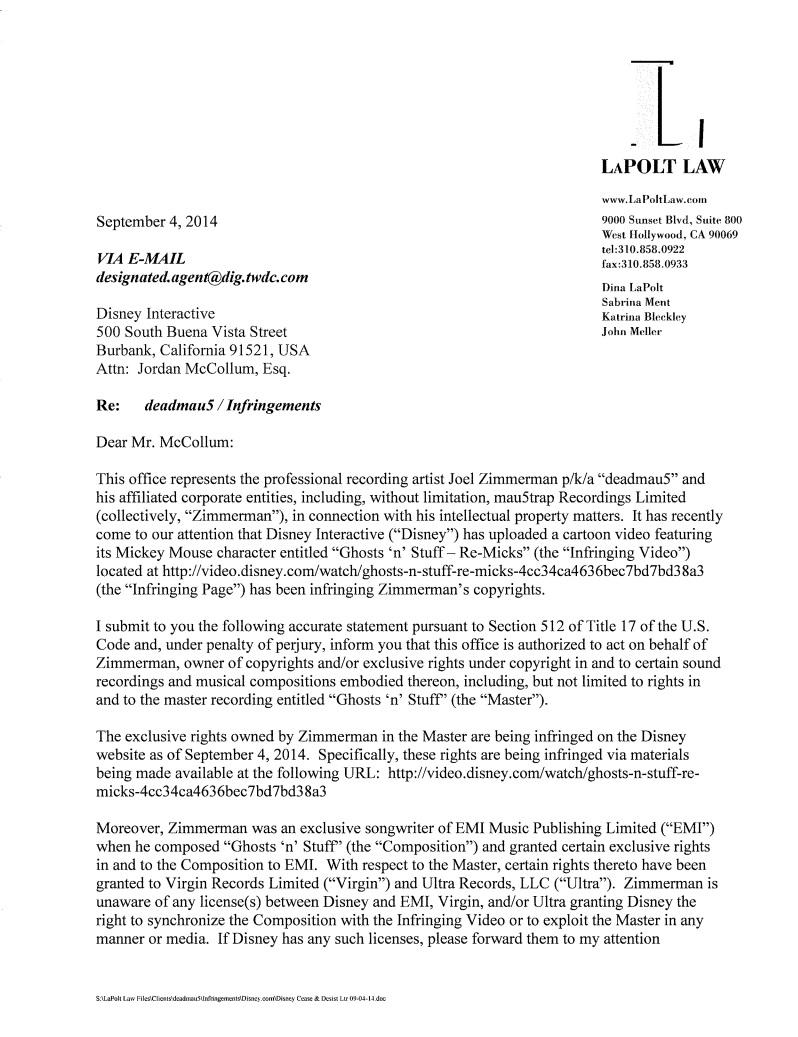 You can read a bunch of tweets from Deadmau5 about the situation below. Let us know your thoughts. The seventh Deadmau5 album, While (1<2), is out now.

Filed Under: deadmau5, disney
Categories: News
Comments
Leave A Comment
Back To Top