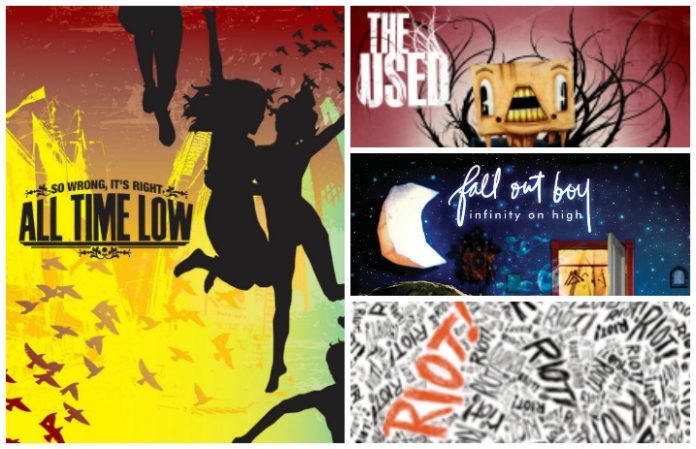 As we head into 2017, the anniversary and reunion tours are still going pretty strong, with this fall producing both Cute Is What We Aim For and Mayday Parade pop-punk goodness in full-album form. But what can we hope for next year? We’ve already found out that August Burns Red and Circa Survive will be celebrating iconic releases. The year 2007 was pretty good to the bands on this list, most of which are still going strong today. Would any of them press “pause” to pay homage to the good old days? Here’s a list of albums from 2007 that deserve a toast in 2017.

A Skylit Drive – She Watched The Sky

The band’s first EP would be hard to recreate now that most of the founding members have departed. Just Kyle Simmons and Nick Miller remain from the original lineup. Though current vocalist Michael Jagmin has been with the band for the majority of their career, She Watched The Sky preceded him (though he could definitely nail the high notes, rivaling Jordan Blake’s cords on follow-up albums Wires…And The Concept Of Breathing and Adelphia, before delving into a more standard rock sound). Former bandmates Cory La Quay and Joey Wilson have recently formed Avant Garde, so the idea that anyone would come together to play these eight songs back-to-back is far fetched, no matter how good it would feel to scream the lyrics to “Hey Nightmare, Where’d You Get Them Teeth?”

Mayday Parade – A Lesson In Romantics

The follow up to Tales Told By Dead Friends, the EP that Mayday Parade are currently on tour celebrating, Romantics brought us “Black Cat” and “Jersey,” not to mention one of the best collections of songs that could all attain anthem status, depending on how many now-26-year-olds you got to stand, look up at the sky and yell how they’re all “gone beyond repair.” But because of the current tour, it’s unlikely that they’ll do another for their sophomore release—not that anyone would object. We can only hope they’ll fill up this fall’s set with some of the other greats.

Pierce The Veil – A Flair For The Dramatic

That’s right: Vic Fuentes first complicated our breathing 10 years ago.  Pierce The Veil are still going strong with their spring release Misadventures, which reached No. 4 on the Billboard 200. However, they made it clear they’re open to playing an album from start to finish, having done so on a few select dates for their latest album.

On August 19, Bayside boasted their most ambitious album to date, Vacancy, but to forget that these seeds were planted 10 years ago would be a sin. After releasing their sophomore self-titled record, Bayside followed up with The Walking Wounded. Tracks like “Duality” and “They’re Not Horses, They’re Unicorns” have been staples at Bayside live shows, but getting to see “A Rite of Passage” and “Head On A Plate” alongside them would certainly be awesome.