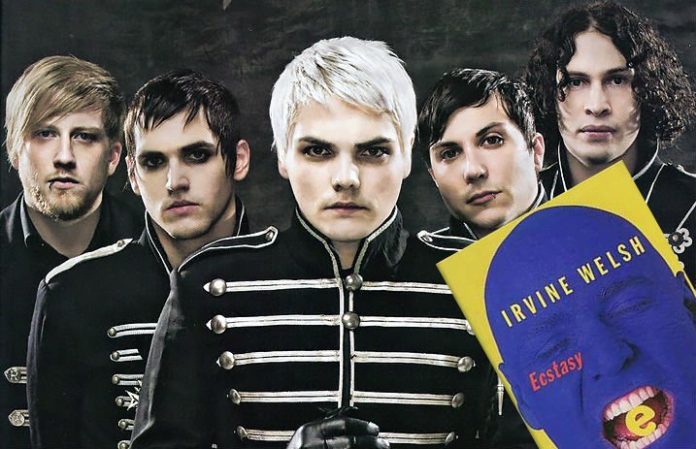 Coming up with a band name can be difficult, but for the well-read musician, the process can be a little simpler. Some of the best bands found inspiration for names in their favorite books. Here are 10 bands named after book characters, passages or titles.

Named after the 1937 John Steinbeck novella of the same name, the only thing that separates the metalcore band’s name from the book is the use of an ampersand in the place of the word “and.”

This 1930 William Faulkner novel follows the death of a family member, and the entire book is written in a stream-of-consciousness format. It directly inspired the straight-edge metalcore band’s name.

MCR bassist Mikey Way worked at a Barnes & Noble when he noticed the story collection titled Ecstasy: Three Tales Of Chemical Romance by Irvine Welsh—a series of standalone stories about drugs, pornography and love. With a small change of wording, My Chemical Romance adopted the title.

Billy Talent got their name from a character in the novel Hard Core Logo by Michael Turner. In the book, Billy Tallent (note the extra ‘L’) reunites with a band that eventually falls apart, with disastrous results. But after getting a sneak peek of Billy Talent in the studio, we’re happy to report that the band are still going strong.

Inspired by the book, the Bible, Avenged Sevenfold’s name comes from the book of Genesis: “But the Lord said to him, therefore whoever slayeth Cain, vengeance shall be taken on him sevenfold.” Intense.

The Fall’s membership was originally composed of avid readers when they formed in 1976, and they took their name from the Albert Camus novel of the same name. The book is about a lawyer’s failures, which parallel the fall of man.  Though the Fall has endured scores of membership changes (with only frontman/founder Mark E. Smith remaining from the original lineup), they aren’t gone yet; they released their latest album in May 2015.

You wouldn’t expect a metalcore band to get its name from a chick-lit book, but that’s just what the Devil Wears Prada did. The novel follows a fashion designer and her assistant, but it’s probably known better for its film adaptation, which stars Anne Hathaway and Meryl Streep.

Modest Mouse’s name comes from the pages of The Mark On The Wall, a story by Virginia Woolf. The direct passage is “…for those are the very pleasantest thoughts, and very frequent even in the minds of modest, mouse-coloured people…”

Is there anything more metal than a flying dog dragon? Probably not, which is why it’s such a great name for this metalcore band. Better known in its film form, the novel The Neverending Story is unforgettable for its dragon-riding protagonist Atreyu, which is where the band got their name.

Good Charlotte got their name from a children’s book in a series called The Girls Of The Good Day Orphanage. In this particular story, the protagonist’s name is Charlotte, and she’s believed to be a princess by the other girls in the story.