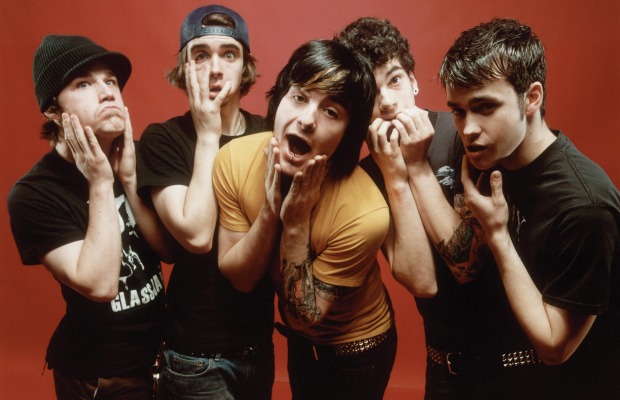 The so-called “emo revival” is all the rage these days, and isn’t it ironic? A genre once ridiculed by mainstream publications and snobby critics is now the inspiration for a new think-piece every week. This surge of new emo bands has also brought with it a great sense of nostalgia for the old, revered bands of the genre. It’s only natural. But while everyone was reminiscing “Jimmy Eat World this” and “the Promise Ring that,” we got to thinking: What about emo’s loud cousin? What about pop-screamo?

If you’re wondering what pop-screamo is, it’s pretty much what its name implies: Poppy emo music with screaming in it that captured mainstream attention in the mid-2000s. You may remember it gracing AP’s cover via the likes of Story Of The Year, the Used, Hawthorne Heights and more. Given the cyclical nature of music trends, it’s only a matter of time before pop-screamo comes back into favor with major labels and rock radio programmers nationwide. Why 2017? Because we’re sticking with the rule of thirteen. The year 2000 was emo’s last musical boom, and, thirteen years later, the idea of its revival entered mainstream conscience. 2004 was the golden age of pop-screamo, and, thirteen years later (2017), the genre will be ripe for revival. So who will the new crop of bands cite as influences? We have an idea.

These days, the New Jersey screamers have creatively moved on to a more complex sound, but their skin-cracking debut album that made it “cute” to scream, Let It Enfold You, will always be a staple of the pop-screamo genre.

Canada’s biggest contribution to the genre are as traditional screamo as pop-screamo can be. On their debut album, When Broken Is Easily Fixed, songs like “Smashed Into Pieces” hit with manic ferocity and go ballistic enough vocally to put any metalcore band to shame.

The Used have always had a less-is-more approach to screaming, but it works just fine for them. The band’s first two full-lengths—The Used and In Love And Death—were part of the spearhead of the pop-screamo invasion in the early to mid-2000s. More than most, the Used came back down from the majors to an indie level and maintained their popularity.

The band who truly put the pop in pop-screamo took the genre to unthinkable mainstream heights with regular video rotation on MTV, Gold records and rock radio domination. “Cut my wrists and black my eyes” are lyrics that will live on long after the band are gone.

Chiodos brought grandiose compositions to the table, while singer Craig Owens hit with a polarizing vocal range, from near-demonic screams to soaring cleans. The band’s debut, All’s Well That Ends Well, stands in a category of its own. With Owens’ back in the band, a return to that album’s sound looks promising. >>>