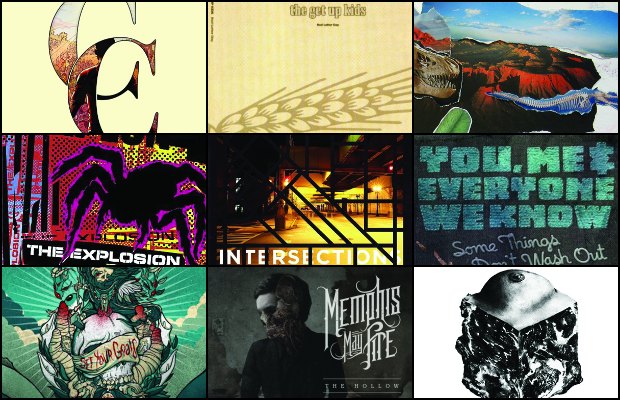 Y’know, it’s called the music business for a reason: Whether or not they’ll readily admit it, bands, record labels, managers and everyone else are in it at least partially for the money. That’s not to say art isn’t important, but at the end of the day, it’s tough to justify the amount of time spent on music if you’re not seeing some sort of return. As such, feelings can get hurt. We’re aware there are two sides to every story, and these bands have the benefit of having a platform to air their grievances, so don’t believe everything you hear in a song. Remember, no one held a gun to any of these musicians’ heads to sign on the dotted line.

A DAY TO REMEMBER – “The Document Speaks For Itself”

The ongoing court battle between A Day To Remember and Victory Records has been heavily documented. But just in case you’ve been living under a rock, Jeremy McKinnon refuses to mince words, calling out Victory head Tony Brummel: “How’s living a lie?/You could never face me/And you hide behind fake personalities/Because deep down you’re scared/So weak beyond compare.” (Common Courtesy; self-released, 2013)

It sure seems like Against Me!’s major-label stint didn’t pan out the way Laura Jane Grace probably hoped it would, based on the lyrics to the closing number of her band’s new album: “Black me out/I want to piss on the walls of your house/I want to chop those brass rings off your fat fucking fingers/As if you were a king maker/As if, as if, as if.” (Transgender Dysphoria Blues; Total Treble, 2014)

New Jersey punks the Explosion were once the hot young things at the turn of the century, but their early success on Jade Tree found them in legal trouble with Revelation Records, to which bassist Damian Genuardi was previously signed with his old band, In My Eyes. To reportedly avoid a lawsuit, an EP was offered up, resulting in the five-song, nine-minute, oh-so-cleverly titled Steal This. None of the songs are really very good—which is kind of the point. (Steal This EP; Revelation, 2000)

Taken from his live album, Ben Folds’ “One Down” is a very literal number about his struggles to meet a deadline for his publishing company: He was required to write 4.6 songs in order to get paid. “People tell me, ‘Ben, just make up junk and turn it in’/But I never was all right with turning in a bunch of shit,” he sings lackadaisically. A studio version of the song was released as a B-side to a Japan-exclusive single, proving he eventually was sort of okay with it. (Ben Folds Live; Sony, 2002)

Allegedly inspired by a meeting with Drive-Thru Records kingpin Richard Reines, “The Dragon Of Pendor” is one of Gatsbys American Dream’s finest songs. It’s a prog-pop classic that builds to an epic music industry kiss-off: “The signal is corrupting/The songs are uninspired/’Where’s the fucking chorus?’/Here it is, but you can’t fuck with my integrity.” Man, we sure miss this band. (In The Land Of Lost Monsters EP; LLR, 2004)