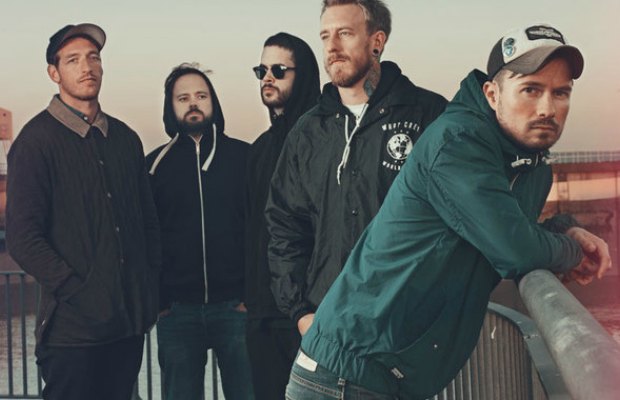 Each year, multiple groups of musicians who banded together and managed to find creative fulfillment with one another decide to go their separate ways. It’s inevitable, but it often leaves their fans feeling like they’ve been punched in the gut. There are always the bodies of work they leave behind, though, immortalized on slabs of wax and plastic and the digital realm. Here are 10 of those tracks to remember some of them by.

CHUMPED – “Something About Lemons”

Fireworks repurposed Saves The Day’s quirky later-day experimentation for increasingly pleasurable pop punk before going on hiatus. But the closer of their first LP (ca. their New Found Glory-indebted beginnings) remains indelible for its earnest hook espousing finding solace in your friends’ counsel, even when it sucks. (All I Have Left To Offer Is My Own Confusion, Triple Crown, 2009)

FUNERAL FOR A FRIEND – “Streetcar”

Funeral For A Friend quickly became a UK alt-rock powerhouse as they progressed past their early style. On the popular “Streetcar,” they nailed it by melding the soaring vocals of the mid-2000s emo/post-hardcore at the time with a pinch of melodic metal riffing, phone-call voices and a half-time breakdown Eddie Reyes would mightily approve. (Hours, Atlantic/Ferret, 2005)

The Gaslight Anthem struck gold on their breakout sophomore album, delighting an energized fanbase with the album’s title track. An elegy for a friend, “The ’59 Sound” found TGA infusing wistful ’90s alternative with melodic punk energy and that dusky, Springsteen-ian spirituality that would become their ultimate signature. (The ’59 Sound, SideOneDummy, 2008)

As the aughts ended, bands like Touché Amoré and La Dispute were unintentionally pushing a new strain of melodic, deeply personal post-hardcore overground, influencing an entire movement in the process. The UK’s Goodtime Boys were one of its better-unknown followers, with this cut an urgent centerpiece of their only full-length. (Rain, Bridge Nine, 2014)

Through four albums, Hostage Calm evolved from ambitious melodic hardcore to ramped-up power-pop that pulled from a multifaceted array of musical movements over the last 50 years. “Ballots/Stones” was one of their surefire highlights during this run, a same-sex marriage rallying cry with funky percussion seemingly inspired by the Clash and Latin music styles creatively powering a socially aware, yet blatantly fun anthem. (Hostage Calm, Run For Cover, 2010)

A California hardcore band who proudly championed local punk influences as disparate as Suicidal Tendencies and Pennywise, Rotting Out quickly found its own fun niche during their brief stint. They hit an early highlight with this track, an unapologetic anthem for the “tattooed face-infested freaks” and fuckups. (Street Prowl, 6131, 2011)

The Weakerthans haven’t released anything since 2007, but it was still devastating to hear they’d called it this year. Everything they’ve done holds up immensely, but “Aside” has it all, with modern melodic punk desperation and John K. Samson cleverly rhyming through literate, vivid and metaphorical (or otherwise) imagery. (Left & Leaving, G7 Welcoming Committee, 2000)

I meditated on this for a while, and let me tell you: It’s damn hard to pick a favorite Cobra Starship song. Do you go classic/most popular with “Snakes On A Plane”? Or throw it way back with “Pop-Punk Is Sooooo ‘05”? Or ditch all of that and go with “Never Been In Love,” because you refused to believe CS are ever truly “over”?

Which brings us to “Guilty Pleasure.” Why? It reminds you of the Cobra Starship you fell in love with: Gabe Saporta flinging a microphone around and twitching his hips in bright white skinny jeans he probably had to be sewn into backstage. If Cobra Starship had to be a martyr for neon pop, I will weep in front of their tombstone for the rest of my days. —Mackenzie Hall