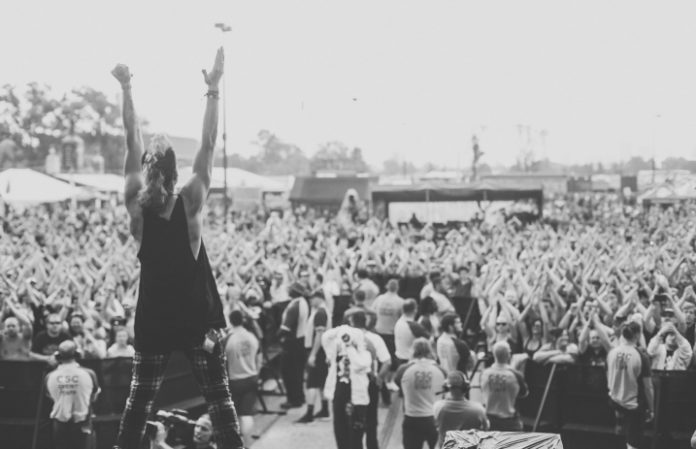 Festival season is upon us, and that means it’s time to rage from one side of the country to the other. Hell, let’s make that one continent to another, because heavy music has no borders. Whether you’re into metalcore, hardcore, heavy metal, deathcore, etc., these 10 festivals will have you covered. Use your vacation time the right way this year and get your teeth kicked in at locations as diverse as New England, Las Vegas or even Germany. Horns up, fists balled!

This Is Hardcore Fest

Late March Announcement Save the dates

TIHC Fest is a staple of the hardcore scene, featuring strains of both traditional and experimental varieties. Code Orange, Jesus Piece, Jagged Visions and Zao were just a few of the bands that appeared on the 2016 lineup: While the 2017 lineup has yet to be announced, the festival is also a great resource for people who are looking to add more hardcore bands to their playlist. The Philly-based event will occur this year July 27 to July 30 at the Electric Factory.

Buy your tickets NOW to save money! See you in the pit! Tickets: http://musinkfest.com

Head to this tattoo convention/music festival in Costa Mesa, California, March 17 to March 18 if you’re craving some world class ink and live performances. This year’s lineup features bands like NOFX, the Used, Glassjaw, Pennywise and Bad Religion. Don’t know what new tattoo you want? Don’t worry. We’re sure one of the 100-plus artists in attendance can help you out.

ON SALE NOW! Make sure to grab your tickets before they are gone and meet us in Downtown Las Vegas April 21st and 22nd to get outRAGEOUS!

Where better to party in the United States than Las Vegas? The first annual Las Rageous festival will have you drowning in heavy music on the weekend of April 21 and 22, with performances by such bands as Killswitch Engage, Avenged Sevenfold, Godsmack and many more. If the bands aren’t enough to lure you in for some reason, maybe you’ll want to stop in for the festival’s freak show performers.

2ND BAND WAVE ANNOUNCEMENT!! — Attention headbangers: you've been waiting patiently for this next announcement, and we've been taking the time to read all of your suggestions. We heard your demands for more hardcore, so that's what we're giving to you. Please welcome Harms Way, Cruel Hand, Traitors (last New England appearance), Currents, Face Your Maker, I Am, Cryptodira, and Unwill to the lineup for Friday, April 21st. Also, please welcome Angel Vivaldi to the lineup for Saturday, April 22nd. ⠀ ⠀ The good news doesn't end here, we are giving YOU the chance at performing at NEMHF! Break Thru Music is hosting a series of battle of the band competitions for a chance to perform at NEMHF. If you are interested in submitting your band, please contact [email protected] with your band name, relevant band pages, and contact information.⠀ ⠀ Stay tuned, we still have more announcements coming your way!

If you don’t happen to be near Vegas on April 21, then you absolutely have to catch the New England Metal And Hardcore Festival. The Massachusetts-based event is revered in the heavy music scene, and for good reason. This year’s lineup features Testament, Kublai Khan, Varials, Left Behind and many more.

Tickets for #ChicagoOpenAir are officially ON SALE NOW!! Grab yours today and get ready for this incredible weekend! (TICKET LINK IN BIO)

This three-day festival ushers in all types of hard rock, metal, post-hardcore and hardcore from every generation. Still repping the ’80s? Head out to Chicago Open Air for KISS and Anthrax. Into more modern music? Falling In Reverse, Meshuggah, Code Orange and Whitechapel will be there. And we haven’t even told you the entire lineup. If you’re near Chicago on the July 14th weekend, don’t even think about missing this festival.

Rock On The Range

ROTR presale is OPEN! Get your tickets now with the password “RANGE17”. Hurry, tickets for #RockOnTheRange 2017 will go fast, Guarantee you’ll be at THE Biggest Rock Festival in the U.S. With @metallica , @soundgarden , @korn_official and more! Link in bio

Countless impressive bands come out of Ohio, so it’s no surprise that this state has their own roaring festival, Rock On The Range. You can watch Pierce The Veil, Gojira, In Flames, Metallica and many more shatter the sound barrier on May 19, 20 and 21 in Columbus. Just don’t get too attached to your ears; they might be blown off by the end of the weekend…

JUST ANNOUNCED!! Of Mice & Men – @omandm have officially been added to our #CarolinaRebellion line up this year!! Who's ready to rock with these guys?! Ticket link in bio!

If you’ve never been to North Carolina, the weekend of May 5 is the time to go. While you’re in the middle of touring Civil War landmarks, drop in on the likes of Mastodon, the Dillinger Escape Plan, Every Time I Die and dozens more bands that will make those old bones shake in their graves.

In a list like this, European festivals just can’t be ignored. Wacken is the most renowned metal festival in the world and thousands upon thousands of headbangers make a pilgrimage to the German event grounds each year to catch a glimpse of the chaos. This year’s festival runs from August 3 to August 5 and features the heaviest of the heaviest, including Emperor, Insomnium, Fit For An Autopsy, Lacuna Coil and more.

If you want to go on the most metal honeymoon ever, don’t just head to Paris:  head to France’s Hellfest. Opeth, Slayer, Primus, Of Mice & Men and more will bulldoze western France June 16, 17 and 18. Book your travel arrangements, buy your tickets, and travel the world the right way.

The UK Download Festival never lets fest-goers down. It’s basically the Warped Tour of that side of the Atlantic. Hop across the pond June 9 to June 11 to witness tons of beloved bands like System Of A Down, AFI, Motionless In White and Creeper reintroduce a little anarchy.