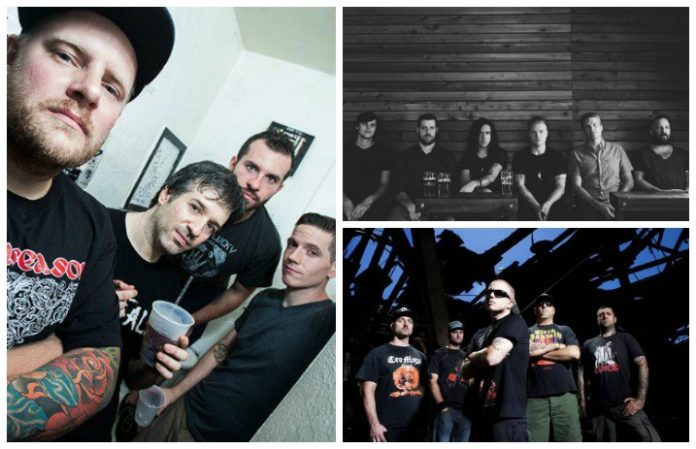 Metalcore—a broad term for the raucous genre of music combining metal and hardcore—as we now know it owes a great debt to the groundbreaking bands who first forayed into the style.

Today's metalcore simply wouldn't be the same without these 10 excellent forerunners. Check it out.

Guitarist Matt Fox's “Guild of Misanthropy” has been inspiring the dreamers since 1995. Best known for featuring New Found Glory's Chad Gilbert as their defining vocalist, subsequent singers Geert van der Velde and Matt Mazzali furthered the fervent cause. Equally energized by Chain Of Strength, Deadguy and Metallica, Hulud turned the tides with 1997's Hearts Once Nourished With Hope And Compassion and 2003's That Within Blood Ill-Tempered, igniting an entire epoch of metalcore commiserators in disparate divisions, from Hundredth to Misery Signals to Silverstein.

CHECK OUT: “Let Us At Last Praise The Colonizers Of Dreams”

One of metalcore's biggest boons, Converge was started by vocalist Jacob Bannon and guitarist Kurt Ballou in 1990. Now eight albums into their remarkable 26-year career, 2001's Jane Doe still sticks out as the genre's preeminent entry; it was an imaginative masterstroke that fanned the flames of innumerable ensuing metal acts. Converge proved that metalcore could be both visceral and intelligent, and bands far and wide (Bring Me The Horizon, Every Time I Die, Killswitch Engage, etc.) pushed on and soared higher thanks to the Boston-based group's indisputable influence.

CHECK OUT:  “Phoenix In Flight”

Starting out as a Christian hardcore band in 1993, Zao really got going during their renovated “Second Era” of mind-blowing metal. Their classic trilogy of trendsetting albums (1998's Where Blood And Fire Bring Rest, 1999's Liberate Te Ex Inferis and 2001's (Self-Titled)) introduced a generation of emo kids to the stormy sounds of metalcore. Zao continue to produce and provoke; the band will release their first album in seven years, The Well-Intentioned Virus, this December.

Formed in New York in 1989, Earth Crisis reconciled the divide between hardcore and metalcore with an articulate onslaught of albums advocating straight-edge living. Well known for their support of veganism and animal rights, their 1995 album Destroy The Machines remains an early metalcore staple. Earth Crisis broke up in 2001 but reunited in 2007, and the band's impact can be felt in myriad metal acts such as as Between The Buried And Me, Hollow Earth and Terror.

CHECK OUT:  “Born From Pain”

The recently reunited Underoath, who first lit the flame in 1997, are another massive influence on today's heavy music scene. Bands like Issues, Norma Jean, Rival Choir and Silent Planet followed a path forged by the band's essential They're Only Chasing Safety (2004) and Define The Great Line (2006) albums. Underoath drummer and vocalist Aaron Gillespie is practically rock royalty at this point, playing with Paramore and releasing music as both a solo artist and with his previous side project, the Almost.

CHECK OUT: “Reinventing Your Exit”